Just before the iPad was released, we saw all kinds of themes and tweaks to make your iPhone or iPod Touch have the same look and feel of the iPad. The coolest thing I saw was SBRotator. This tweak gave your iPhone or iPod Touch the “doesn’t matter how you hold it” feel, as it rotated the entire interface, as you turned the device. One thing it didn’t do, was rotate the lock screen; until now.

I’ve been following the developer, limneos, on Twitter, for a while now, and he’s pretty quite, until he’s working on something. He popped up the other day, saying he almost has LSRotator ready to go, and he released a beta version to his followers. I immediately jumped at the chance to try it out. 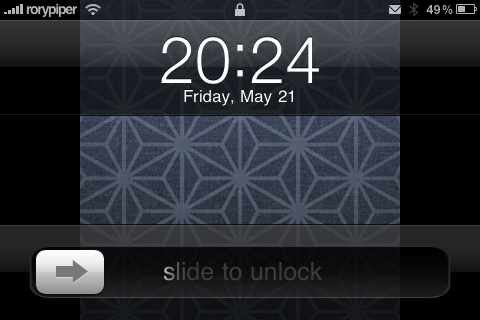 The beta works great, so far. It has full support for Cydgets and LockInfo, and SmartScreen support is on the way. The rotation animation is a bit long, at the moment; fixed at 1.2 seconds, but it with be adjustable in the settings, when it is released. The animation itself is pretty cool. I typically keep my iPhone in my pocket upside down, so when I pulled it out and flip it over, the lock screen does some kinda neat back flip.

It is still in beta, so there are some kinks to work out. When you receive any kind of Push Notification or a text message, and then rotate your lockscreen, the message ends up out of place, as it doesn’t just rotate in the middle. 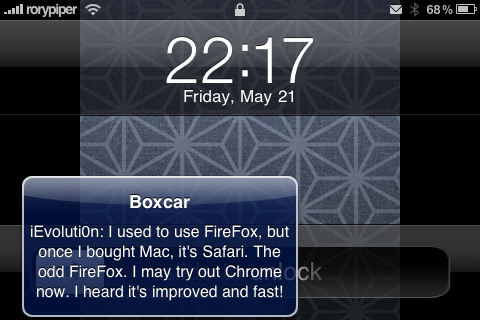 There is no pricing or release date info at the moment, but if you want to stay in the loop, and know exactly when it is released, you can follow the developer here, or you can just follow me, as I’ll be retweeting! @rorypiper. Also, check out more of my ramblings, over at iEvolution!