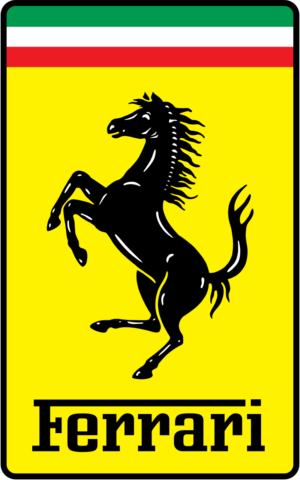 According to Exor’s announcement, “the first expression of this new partnership will bring together Ferrari’s legendary performance and excellence, with LoveFrom’s unrivalled experience and creativity that has defined extraordinary world-changing products.”

Ferrari is the Italian car brand you know. And Exor is the holding company that owns it, alongside stakes in the fashion brand Christian Louboutin, the soccer club Juventus F.C., the publication The Economist, and the automotive manufacturing giant Stellantis.

As part of the partnership, Ive will be joining Exor’s Partners Council, so it seems the company wants to tap Ive’s point-of-view across its $32 billion USD asset portfolio.

In addition to working alongside the Ferrari design team on its full range of forthcoming cars, which is set to include its first fully electric vehicle by 2025, Ive is joining the iconic Italian marque as it pushes into fashion, with its first runway show held at its Maranello factory earlier this year. Ive, who as Apple’s top designer helped develop the Mac, iPod and iPhone, will also be reunited with the Silicon Valley company’s services chief, Eddy Cue, who sits on Ferrari’s board.

“As Ferrari owners and collectors, we could not be more excited about collaborating with this extraordinary company and in particular with the design team expertly led by Flavio Manzoni,” Ive and LoveFrom partner Marc Newson said in a joint statement. “We see some uniquely exciting opportunities working together which we believe will yield important and valuable work.”

Ive left Apple two years ago to launch LoveFrom, a new “creative collective,” with the iPhone maker as its first client. Since then, Ive and Newson have maintained a low profile, while also luring several members of Apple’s famed design team to join LoveFrom.

The former Apple designer with reunite with Eddy Cue, the iPhone maker’s services chief, who sits on the board at Ferrari. Should we expect an all-glass electric Ferrari that’s ultra-thin and has no buttons whatsoever? Maybe!