Rumours of an LTE-enabled iPhone have come and gone, but for some mysterious reason a picture has been posted of LTE equipment from within an Apple Store in the U.S., via Engadget. The LTE gear was installed by AT&T personnel. Not only that, their source notes hiring has also increased for sales staff by roughly 30 percent, and is happening outside of the regular holiday timeframe.

Coinciding with the news above, AT&T today announced their plans to launch LTE to 15 markets by the end of the year, reaching 70 million Americans, as noted by 9to5Mac. Even stranger, is the image below was requested by the anonymous tipster to be taken down, adding some credibility to this story: 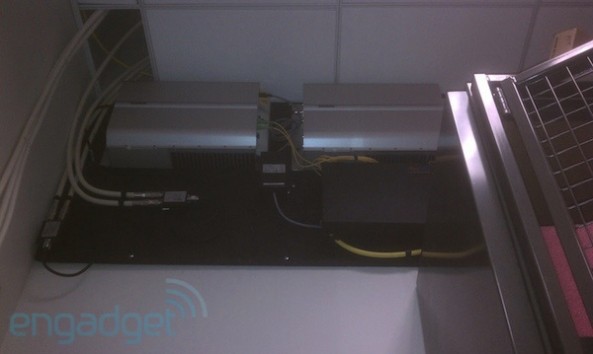 Here in Canada, Rogers previously announced their LTE rollout across Canada, with Ottawa already up and running. Bell also has plans for their LTE network (most likely shared with Telus, like their 3G/HSPA network). Are we ready for a LTE-enabled iPhone 5? I still think certain parts of this country should have improvements to 3G before jumping onto the 4G bandwagon.

In partnership with the Orange Shirt Society, Meta has announced the launch of a new AR effect on Instagram titled “Orange Shirt Day” to raise awareness about the impact of the residential school system. The effect, developed in collaboration with the National Centre for Truth and Reconciliation (NCTR), is inspired by the experience of residential school...
Usman Qureshi
11 mins ago

Apple has removed The OG App, an ad-free and suggestion-free Instagram client created by a startup called Unf1feed, from the App Store — reports TechCrunch. The iPhone maker explained in a statement to TechCrunch that The OG App was removed earlier this week for violating Instagram owner Meta's terms of use for the service, which in...
Nehal Malik
12 mins ago