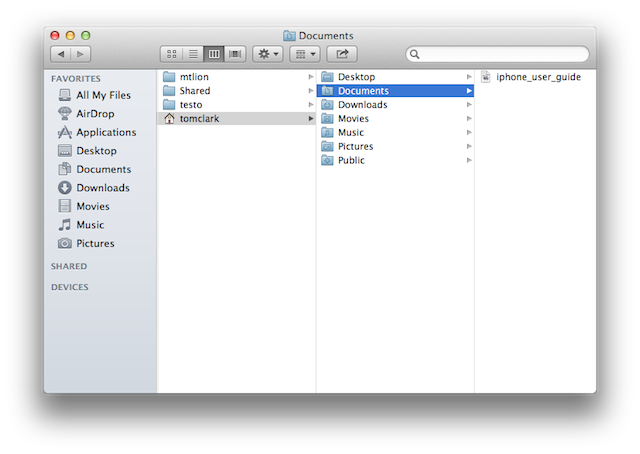 The Loop reports, a small group of users are experiencing a bug in the update that hides the ‘/Users’ folder. Dave Mark from The Loop has suggested a fix, which created an alias (or shortcut) to the hidden folder.

“For a more permanent solution, [after manually navigating to the hidden folder] control-click on the /Users folder and select Make Alias from the contextual menu that appears. Though the /Users folder will become hidden again when you close your Finder window, the alias will stick around.”

The folder can still be accessed using shortcuts in the Finders sidebar or from the ‘Go’ menu at the top, so the bug will not have a significant effect on the user’s usage. Another temporary solution is to run the following command in Terminal:

The above solution will only remain in effect until the machine is restarted. After a restart or a shutdown and reboot, you will have to re-run the above command.

This afternoon, the folks at MacObserver noted that OS X 10.9.3 is not causing the bug, however, the cause of the bug seems to be coming from a combination of iTunes 11.2 and Find My Mac. They said that the folder would only disappear after iTunes 11.2 was installed and Find My Mac was enabled.

Apple has yet to release any official comment about the bug, but the company will probably release an update to resolve the issue shortly.