AR Tool Allows You to See How the New $5,999 USD Mac Pro Looks on Your Desk

Want to see how the Mac Pro would look on your desk? 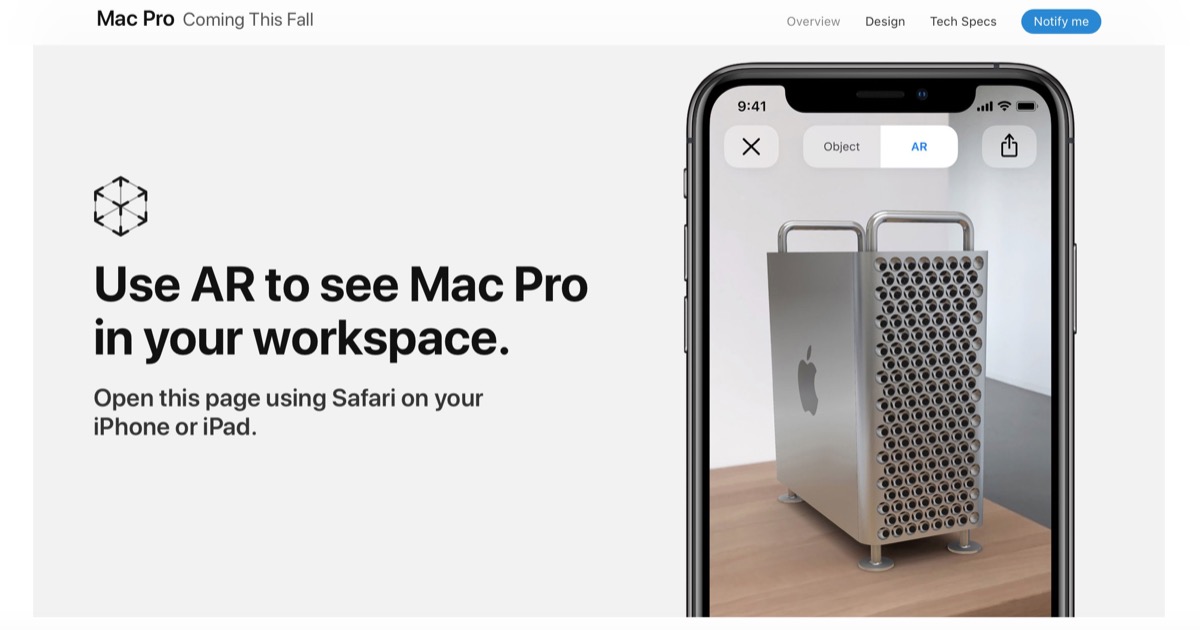 Apple has enabled iPhones and iPads to view an AR model of the newly-announced $5,999 USD Mac Pro on your iPhone, iPad or iPod touch, accessible from the Apple website.

AR Quick Look is included with iOS 12 and later, and is effectively a simple AR viewer for 3D models in Apple’s .usdz format. The feature is built into some of the native iOS applications, including Safari, which can be made to download and display .usdz files in AR with the simple click of a link.

Apple itself is leveraging ARKit and AR Quick Look to let you see the new Mac Pro and Pro Display XDR up close. If you navigate to the Mac Pro page on Apple.com with a supported device, you’ll see a link that says “See Mac Pro in AR.” Click this and you can pull up an impressive rendering of the product and place it right in your room.

Once the model launches, you’ll be able to move around and explore the machine. Apple gives the option to press “Object” to use your fingers to zoom and rotate a detailed 3D render.

High-end configurations of the 2019 Mac Pro include some new and extremely powerful components, including a new Radeon Pro Vega II graphics processor and a dedicated graphics card, Apple Afterburner, which can handle more than 6 billion pixels per second. Shipping starts in the fall.