Apple is now assembling its new Mac Pro models in China, shifting production from the United States where its older models were assembled. 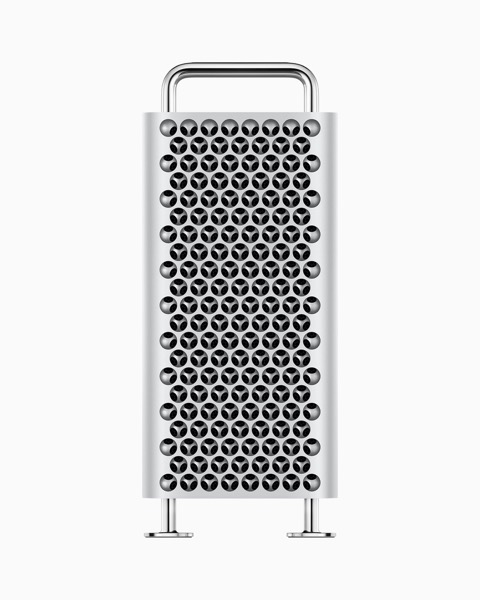 The Cupertino company’s 2013 Mac Pro has long been its only major device assembled in the United States; it was manufactured in Austin, Texas, and sported an “Assembled in the USA” badge of honour.

However, despite recent reports that Apple was looking to shift up to 30 percent of iPhone production out of China in a bid to dodge Trump’s proposed 25 percent tariff on products manufactured in the country, a new report from the Wall Street Journal claims the Mac Pro will now be built by Chinese firm Quanta.

“Apple Inc. is manufacturing its new Mac Pro computer in China, according to people familiar with its plans, shifting abroad production of what had been its only major device assembled in the U.S. as trade tensions escalate between the Trump administration and Beijing,” reads the report. “The tech giant has tapped contractor Quanta Computer Inc. to manufacture the $6,000 [USD] desktop computer and is ramping up production at a factory near Shanghai, the people said.”

The assembly shift for the Mac Pro from the United States to China will help reduce shipping costs, according to the report; the Shanghai factory where it will be assembled is geographically closer to Apple’s other suppliers in Asia.

In a statement to the Wall Street Journal, Apple said “final assembly is only one part of the manufacturing process,” pointing out that the design that goes into the Mac Pro is done stateside and U.S. parts are included in the making of the computer.

Last week, Apple asked its major suppliers to assess the cost implications of moving 15-30 percent of its production capacity from China to Southeast Asia as it prepares for a restructuring of its supply chain