New MacBook Pro Refresh Coming, But Not in September: Bloomberg

Mark Gurman, reporting for Bloomberg, reports this morning Apple’s MacBook Pro is set for its “first significant overhaul” in over four years, with unnamed sources verifying rumoured features expected for the next generation laptop. 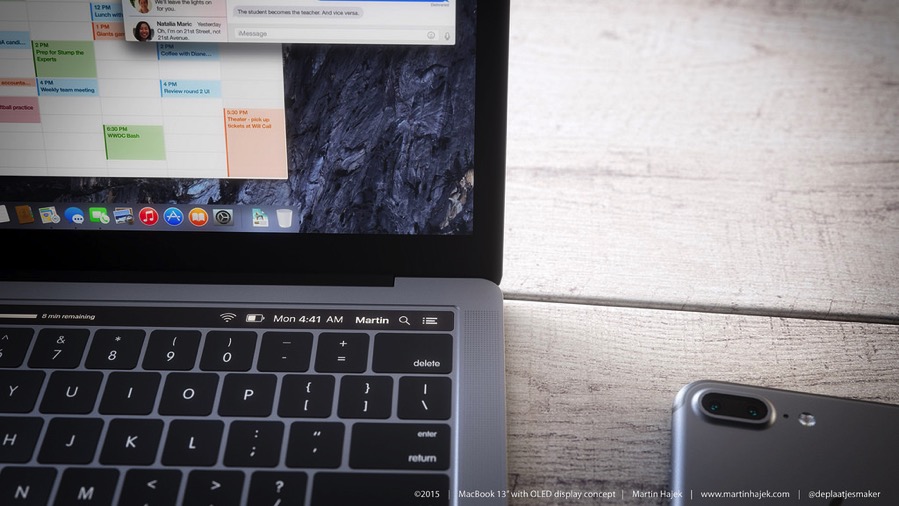 The new MacBook Pro design will be thinner and include an OLED touch screen strip for the function keys, plus come with more powerful video graphics processors, including a possible option for an AMD GPU upgrade.

These new laptops won’t have a tapered design like the MacBook Air or existing 12-inch MacBook, but rather will have “shallower curves around the edges,” plus a “slightly wider” trackpad. The MacBook Pro models will come with USB-C and whether they’ll be available in the same colour options as iPhones remains unknown.

The new MacBook will also debut Touch ID, which according to one source, says will be located “beside the new function key display,” bringing functionality of the fingerprint reader from the iPhone to the Mac. Similar news was reported earlier this week by 9to5Mac, Gurman’s former employer.

Back in May, KGI Securities analyst, Ming-Chi Kuo, first noted a new MacBook refresh was coming with an OLED touch bar and Touch ID. Gurman’s sources appear to corroborate the report, so most likely it will happen.

One source noted the new models “been in advanced testing within Apple since earlier this year.” Gurman also says Apple plans to hold a September 7th iPhone event, but the new MacBooks will not debut at this time.

If Apple is not going to announce new MacBooks at the supposed September 7th iPhone event—when will they debut? Most likely at another event in October, since we’re not due for an iPad refresh anytime soon. It’ll all happen quickly, as Apple most likely want to sell these new products in time for its holiday quarter. I’m ready for a MacBook Pro upgrade. #justtakemymoney

LG is expanding the availability of Apple TV, Apple Music, AirPlay, and HomeKit support on third-party webOS Hub-enables displays. Over 100 countries and regions will now be able to take advantage of Apple's entertainment options on a growing list of third-party displays. Apple's apps such as Apple TV are currently available on LG's display and...
Steve Vegvari
31 mins ago