Recent rumours, leaked parts and a report by analyst Ming Chi-Kuo have all suggested that Apple’s next generation MacBook Pro will introduce an OLED capacitive touch panel that replaces the fn-key row, in addition to being ultra thin and featuring Touch ID. Today, a new MacBook Pro concept shared by 9to5Mac has shown how an OLED touch panel that replaces the fn-keys, might look like. 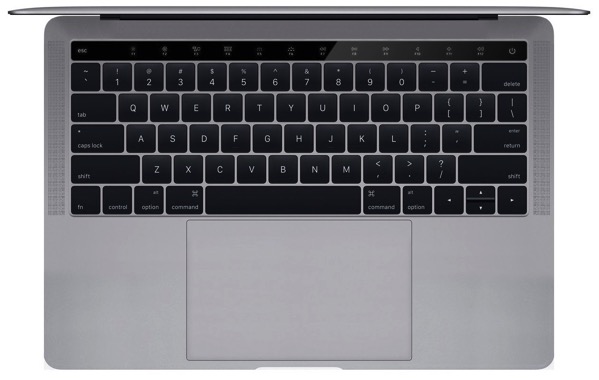 The concept image shows a device which appears to be a 12? MacBook merged with a 15? MacBook Pro, featuring a redesigned hinge, and larger keys with butterfly switches and changes to the arrow key layout. The area where the fn-keys are normally located have been replaced by an OLED touch panel. The touch panel displays an esc button, f1-f12 buttons with alternate controls, and a power button.

It is being speculated that the capacitive touch panel’s buttons will change contextually based on the current app or scenario. This means you could run an app like Final Cut Pro X, with the OLED touch panel displaying commonly-used shortcuts related to video editing.

What do you think about this concept?