Apple is rumoured to debut new Macs and iPads at WWDC next week, and we may have the strongest evidence this may happen, according to new devices registered by the company based on Russian regulatory filings, reports Consomac.

The graphic below notes Apple wants to market new macOS devices with model numbers A1289, A1347, A1418, A1419 and A1481. There’s also a wireless keyboard with model number A1843. Bloomberg reported earlier this month new laptops are expected at WWDC. 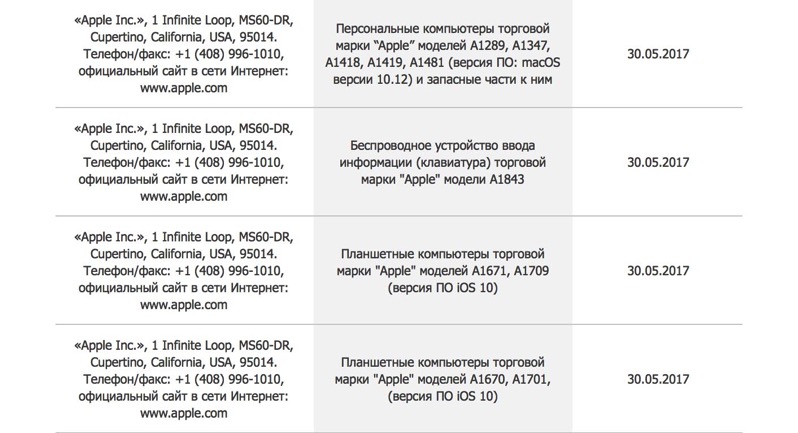 Earlier this week, it was noted delivery estimates for the 15-inch MacBook Pro had been delayed until next week, suggesting a product refresh at WWDC was imminent.

What will Apple have to announce next week? We’ll find out soon. A Siri speaker could also debut.

WWDC17 kicks off Monday, with the opening keynote set for 10AM PDT/1PM EDT (expected to last two hours), which will be live streamed across the web for iOS, macOS and tvOS users.