A top Apple exec has said that Mac malware has now exceeded Apple’s level of tolerance and framed security as the reason for keeping iPhones locked to the App Store. 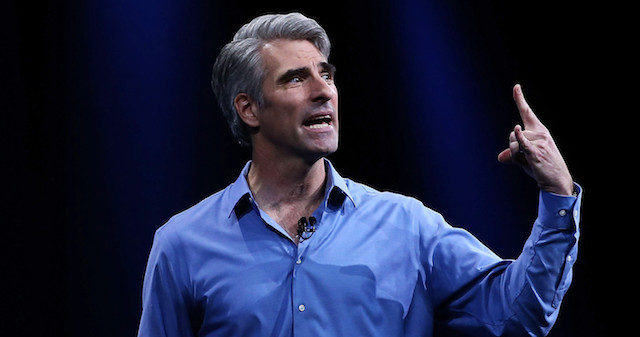 A new CNET report shows Apple is using the growing threat of malware on its Mac platform as a defense in a lawsuit that could force the company to open up new channels of applications for its mobile iOS platform.

In testimony in a California court Wednesday, Apple head of software engineering, Craig Federighi called the level of malware threat against the Mac platform one that the company finds “unacceptable” and continue to defend against with restrictive application-distribution platforms.

“Today, we have a level of malware on the Mac that we don’t find acceptable,” Federighi told the court. “If you took Mac security techniques and applied them to the iOS ecosystem, with all those devices, all that value, it would get run over to a degree dramatically worse than is already happening on the Mac.”

It’s a stunning admission to hear Apple’s software chief throw one of its major software products under the bus, but it’s a strategic play from Apple and its legal team to draw strong distinctions between the level of security required on desktop computers and smartphones.

On the smartphone, Federighi said it’s much more important to protect user security and privacy because the devices carry sensitive information, from medical records to banking information, and those devices are carried around and out in the world all day every day.

“The Mac is a very successful product, and I love it very much, but there are well less than a tenth as many Macs out there in active use than iOS devices,” Federighi said. He called iOS a “much more attractive market” for malware and other cybersecurity threats.

He went on to describe the Mac as similar to an automobile. “The Mac is a car. You can take if off road if you want, and you can drive wherever you want,” he said. “There’s a certain level of responsibility.” But, he added, “that’s what you wanted to buy, you wanted a car.” The iPhone, by contrast, is a device that even children can and should be able to safely operate, he argued.

Federighi’s comments were made as Apple executives begin testifying in a court case (PDF) Epic Games — the maker of the hugely popular Fortnite — have brought against the tech giant for what Epic views as restrictive policies on the iOS App Store. Proceedings in the case began earlier this month in the United States District Court, Northern District of California, and top Apple executives were testifying to defend their side this week.