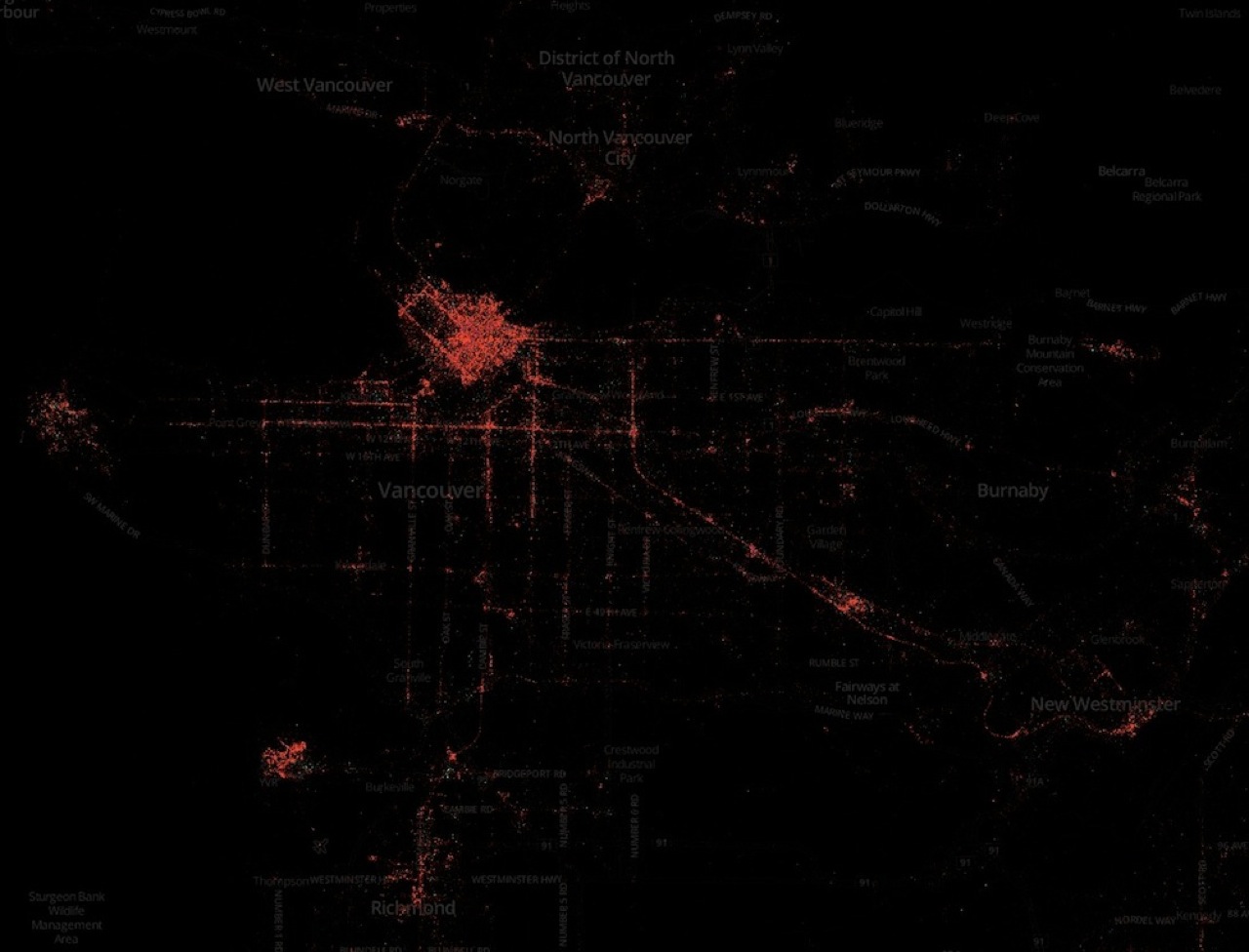 When mapping iPhone users across Canada, it appears that majority of Apple’s flagship smartphone owners are located in urban areas. The data comes from a new series of navigable maps developed by Gnip, MapBox and Eric Fischer from dataviz, that visualize over three billion global, geotagged tweets sent since September 2011, The Atlantic Cities reports.

Developers converted all the data obtained from Twitter into a series of maps illustrating “worldwide patterns in language and device use”, as well as between people who appear to be tourists and locals in any given city. The maps show who in town is using iPhones (red dots) and who’s using Androids (green dots). Looking at maps of Toronto or Vancouver, it is clear that iPhones owners are more prominent in major urban areas of the cities.

But in some US cities, iPhone and Android usage seems to illustrate the differences between socioeconomic classes, suggesting middle-class and rich folk use the former while poorer folks use the latter. 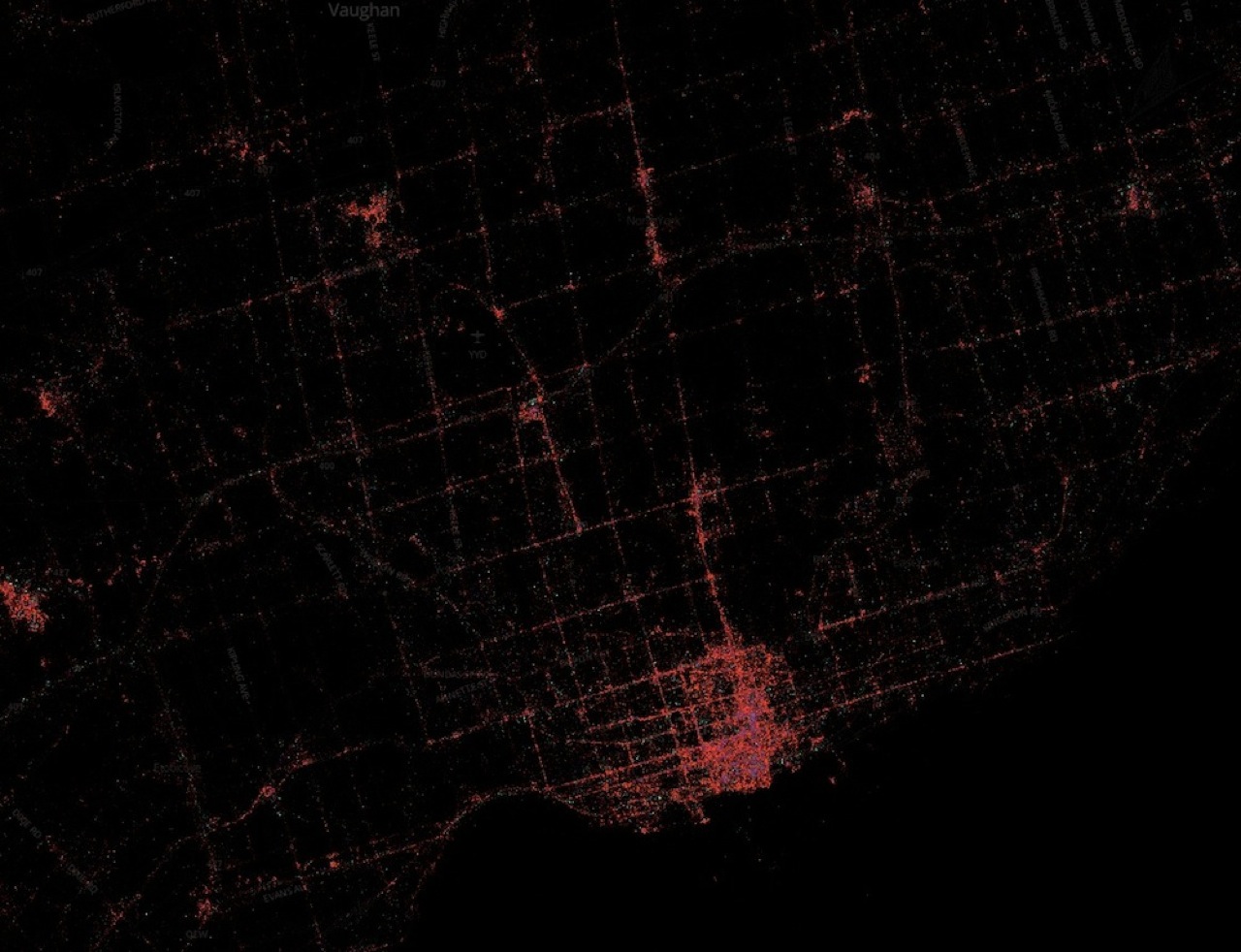 It must be noted that these maps are essentially a blank canvas with nothing on them other than tweets.

Twitter's account verification subscription will cost $7 USD per month on the web but $11 per month on iPhone when it eventually relaunches, according to a report from The Information (via MacRumors). Elon Musk, who completed his long-embattled acquisition of Twitter back in October, reworked Twitter Blue to include account verification and a coveted blue...
Nehal Malik
2 mins ago