Just this morning Apple sent out invites to the media to officially announce their March 21st special event, where we are expected to see a new 4-inch ‘iPhone SE’, 9.7-inch ‘iPad Pro’ and also new Apple Watch bands.

Like its other recent special events, this one will be live streamed too, so you can catch all the action from home or work. Apple updated their website to note the event will be streamed for all to watch at 10AM PT/1PM ET: 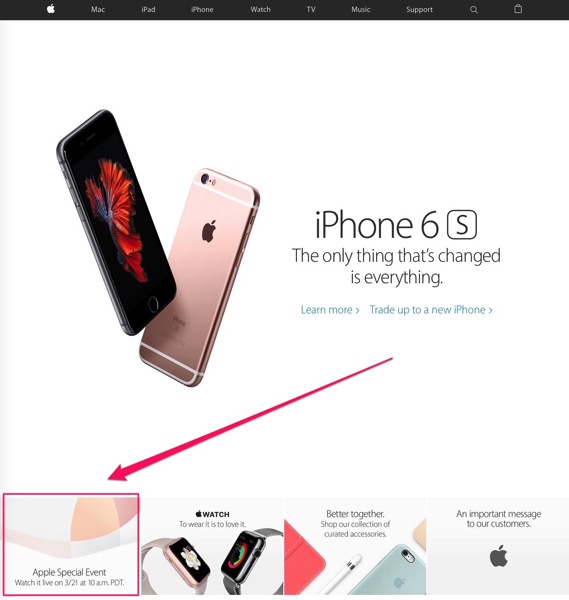 Apple says the live stream, which uses the company’s HTTP Live Streaming (HLS) technology, requires one of the following:

Time to get your wallets ready, folks. What are you looking forward to buy?