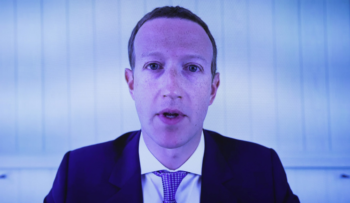 In the world of technology today, there’s no shortage of drama between competing companies and their executives. In the latest edition, Facebook and Apple are demonstrating a historically-accurate picture of what relationships between tech companies look like in 2020.

On Friday, Facebook CEO Mark Zuckerberg roasted Apple in a company meeting, saying that the company’s app store was “monopolistic and harmful” to consumers, as reported by Buzzfeed.

In response to a question, Zuckerberg said “[Apple has] this unique stranglehold as a gatekeeper on what gets on phones,” He continued, saying the company “blocks innovation, blocks competition” and “allows Apple to charge monopoly rents.”

Both Zuckerberg and Apple CEO Tim Cook, along with Amazon’s Jeff Bezos and Google’s Sundar Pichai, testified in a hearing held by the House of Representatives last month, with concern for practices similar to those of monopolies among US’ tech companies.

Zuckerberg calling Apple a gatekeeper really isn't the insult he thinks it is whilst qanon, Nazis, anti-vaxers and birthdays run amok on Facebook.

Twitter users and other social commentators noted Zuckerberg and Facebook’s continued role in spreading misinformation, citing the irony in him saying that Apple causes harm to its customers.

However the battle for Apple’s App Store pans out for Zuckerberg, it’s no question that today’s tech companies have some questionable practices that the masses are largely unaware of, and they’re certainly worthy of some scrutiny from the public.