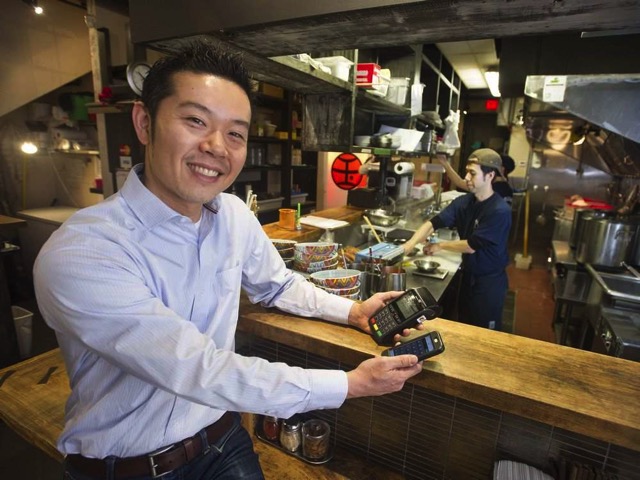 Vancouver-based restaurant chain Marutama Ramen is no longer accepting cash as payment method from its customers as it moves toward contactless payments like Apple Pay. According to the Vancouver Sun, two of its locations have already switched to accepting credit cards, debit cards and Apple Pay transactions only, while its original West End spot will follow suit beginning Feb. 1.

“I don’t use cash, I use credit card or Apple Pay, and 95 per cent of our customers use cards or smartphone (payment),” said Tatsushi Koizumi, co-owner and general manager of the Japanese ramen chain. “So I thought it’s about time to switch to the next generation.”

“We take more labour and time for the creation (of ingredients) and then we found that we use so much time to go to the bank and make change or count it every night at the end of the day,” said Koizumi. “So I wanted to cut that labour and prioritize creation.”

The intimate eatery, which serves ramen noodle soups with add-ins like braised pork belly & soft-boiled eggs, adopted cash-free transactions at its Main Street location as soon as it opened last fall. Seeing how well that was received among customers, Koizumi implemented the same policy at their Robson Street location, and will now introduce it at their Bidwell restaurant as well.

Koizumi explained that if a customer’s card is declined but they’re able to pay by cash, the restaurant will make exceptions and take cash, however no change will be given. Tips may be added on when customers pay by card or tap, and are still divided among staff the way traditional cash tips would be.

There is signage at each Marutama Ramen restaurant alerting customers to the new transaction policy and if anyone isn’t happy with it, Koizumi said it’s “customer’s choice” if they’d rather head elsewhere.