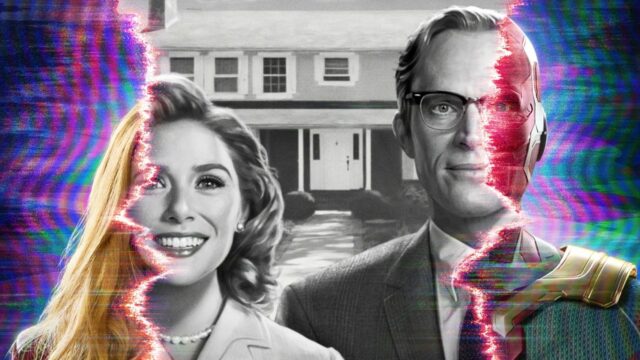 The Marvel Cinematic Universe is back after an elongated hiatus. Phase 4 of the MCU has officially begun with the first two episodes of WandaVision available on Disney+.

WandaVision is the latest entry to the Marvel Cinematic Universe and Disney’s first Marvel-centric putting landing on the Disney+ streaming service. Kicking off today, WandaVision will have a nine-episode run, with the first two episodes being available now. WandaVision will continue airing one episode each Friday for the next seven weeks, concluding on March 5th.

The premise of the show has been shrouded in mystery but early previews and trailers promise that it will be Marvel’s most bizarre premise yet. Picking up after Avengers: Endgame, WandaVision shows heroes Wanda Maximoff aka Scarlett Witch and Vision living a more quiet, suburban life. However, life may not be as simple as it seems. The show will be heavily based on iconic sitcoms across various eras, starting with what seems to be the 50’s with heavy ‘I Love Lucy’ inspirations.

Elizabeth Olsen will be returning to star as Wanda, with Paul Bettany back as Vision. Given past events, it will be interesting to see how the dynamic of these characters plays out over the course of the show’s run. WandaVision will also see the return of minor cast and characters. Kat Dennings, who’s played Darcy Lewis in the ‘Thor’ franchise will be returning while Randall Park’s Jimmy Woo, seen in ‘Ant-Man and the Wasp’ will also make an appearance.

The show will also introduce new characters such as Kathryn Hahn as Agnes. Teyonah Parris will be playing a now grownup Monica Rambeau. The character of Monica Rambeau was first introduced in 2019’s ‘Captain Marvel’, where Akira Akbar played a young version of the character.

WandaVision will be loosely based on the acclaimed comic book series ‘The Vision’, created by Tom King and Mike Del Mundo. It has also been said that the show will directly tie-in to the upcoming Marvel film ‘Doctor Strange in the Multiverse of Madness’, which is currently slated for March 25, 2022.

Phase 4 of the Marvel Cinematic Universe got off to a bumpy start due to the effects of the pandemic. ‘Black Widow’ was originally slated to kickstart the new era of MCU properties in 2020 before being delayed to May 7. Disney+ will also see ‘Falcon and the Winter Soldier’ debut soon after WandaVision concludes, with its first episode premiering on March 19th.