Earlier this week, Mastercard announced it had changed its logo to drop its name, instead becoming a symbol brand, with its iconic interlocking red and yellow circles.

According to Mastercard, the new symbol brand will be updated across physical and digital locations and sponsorship properties.

“Reinvention in the digital age calls for modern simplicity,” said Raja Rajamannar, chief marketing and communication officer at Mastercard, in a statement. “And with more than 80 percent of people spontaneously recognizing the Mastercard Symbol without the word ‘mastercard,’ we felt ready to take this next step in our brand evolution. We are proud of our rich brand heritage and are excited to see the iconic circles standing on their own.”

The company adds their logo has been “the hallmark of the Mastercard brand for more than 50 years, symbolizing the brand’s promise to connect people to Priceless possibilities.”

According to graphic designer and partner from design firm Pentagram, Michael Bierut, he says the new symbol brand means Mastercard “enters an elite cadre of brands that are represented not by name, but by symbol: an apple, a target, a swoosh,” alluding to companies Apple, Target and Nike.

“We live in a time where, increasingly, we communicate not through words but through icons and symbols. Mastercard has had the great fortune of being represented by two interlocking circles, one red, one yellow, since its founding in 1966,” added Bierut.

This latest change comes two years after Pentagram redesigned the previous Mastercard logo, which had its name underneath its interlocking circles, in the typeface FF Mark.

The evolution of Mastercard’s logo can be seen below–expect retailer acceptance signs and credit cards to be updated with the updated logo eventually: 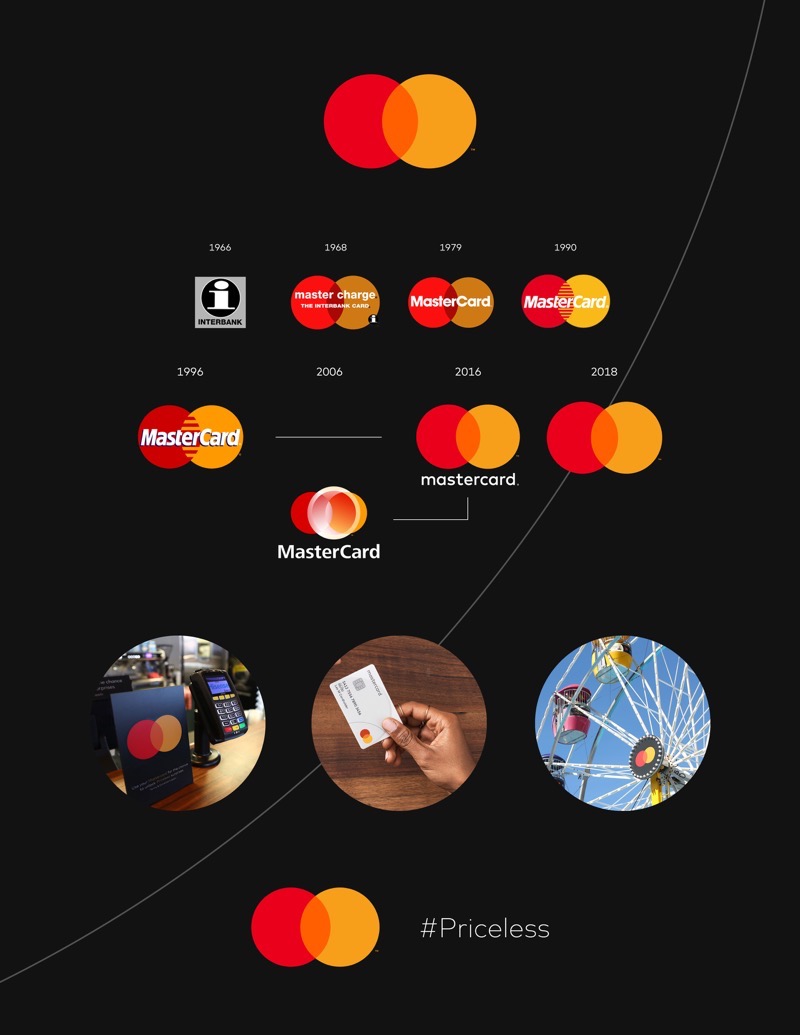