McDonald’s is set to give away limited quantities of their new ‘Boombox’ speaker, made from the company’s recyclable drink trays, designed in partnership with the University of Waterloo’s Audio Research Group and industrial design group Stacklab.

The Boombox will double a smartphone’s built-in maximum volume and reach decibel levels of 70.4, as it was “scientifically engineered and lab tested for a design that increases sound pressure levels”, which the company says is equivalent to a vacuum cleaner.

The Boombox will work with an iPhone as pictured, or any Android or other smartphone and is 100% recyclable.

Janelle Resch, Project Lead, Audio Engineering Group, University of Waterloo PhD Candidate in Applied Mathematics, said in a statement to iPhone in Canada, “For our team, the McDonald’s Boombox was a dream project that allowed us to infuse high tech engineering and theoretical acoustics into an everyday item, and on behalf of a great brand in McDonald’s We’re delighted with the result and hope that everyone who gets their hands on one has as much fun as we did in helping bring it to life.” 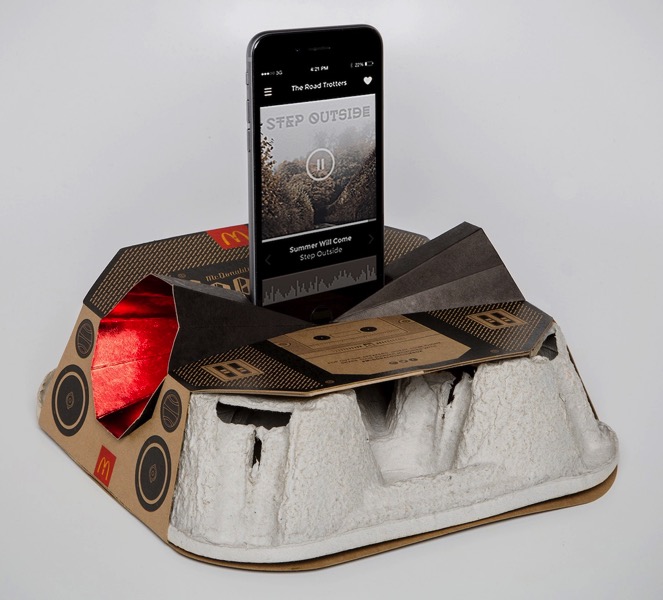 Want to get a free Boombox? A one-time promo event is taking place on Friday, July 28 at Woodbine Beach in Toronto, while supplies last as it has been “produced in extremely limited quantities”. Just look for the McFlurry truck near the beach, which will also be giving away free McFlurry desserts from 2-7PM.

Google announced an experimental conversational service based on artificial intelligence today, called Bard, confirming what was reported last week. The details of Bard look to compete against the rise of Open AI’s ChatGPT, with the latter’s inventor backed by a $10 billion investment from Microsoft. On Monday, Google CEO Sundar Pichai detailed more about its […]
Gary Ng
6 mins ago