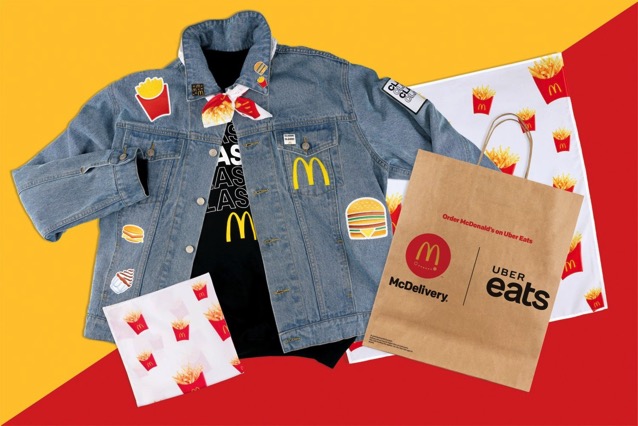 To mark the one-year anniversary of McDelivery, McDonald’s Canada is joining markets around the world in a one-day worldwide celebration event on July 19, allowing eligible adult residents living where McDelivery is available to win a piece of ‘90s-inspired swag through a social contest.

As part of McDelivery Day, McDonald’s has released an exclusive swag collection – the Throwback Collection – inspired by the revival of everything ’90s. In Canada, eligible adult entrants who place a McDelivery order on July 19* and then share a photo with their McDelivery bag on Instagram or Twitter with the appropriate tag @McDonaldsCanada and hashtag #McDelivery and #Contest, will have a chance to win an item from this exclusive collection.

In addition to a chance of winning a piece from the collection, eligible customers will also have a chance to win one of the hundreds of promo codes for food items to use on their next McDelivery order.

“In just one year, we have more than doubled our delivery footprint and are regularly launching in new restaurants and markets,” said Dan Logan, McDelivery Director, McDonald’s Canada.

WhatsApp has finally introduced a new feature that makes it easier to message yourself, by allowing you to send notes, reminders, and shopping lists to yourself for easy access (via TechCrunch). The feature called ‘Message Yourself’ is set to reach all iPhone and Android users in the coming weeks. The feature was previously being tested by select beta users,...
Usman Qureshi
5 mins ago

Apple has shared a handy new tutorial on its YouTube support channel, detailing how iOS 16 lets you use a Memoji sticker as your profile picture in Contacts. You can easily create a Memoji in iOS to match your personality and mood, and then send it in Messages and FaceTime. With a compatible iPhone or iPad...
Usman Qureshi
19 mins ago