Order McDonald’s with UberEATS on July 26, Get Free ‘McDelivery’ Swag [u]

Update July 26: It appears the free swag with deliveries is USA-only, despite McDonald’s Canada also advertising the global promo on its localised website. But Uber has clarified there will be McDelivery Bench locations in “select locations”…

July 26th, 2017 is being dubbed McDelivery day worldwide, as McDonald’s has partnered with UberEATS to provide customers with free limited edition swag, and it’s available in Canada too. 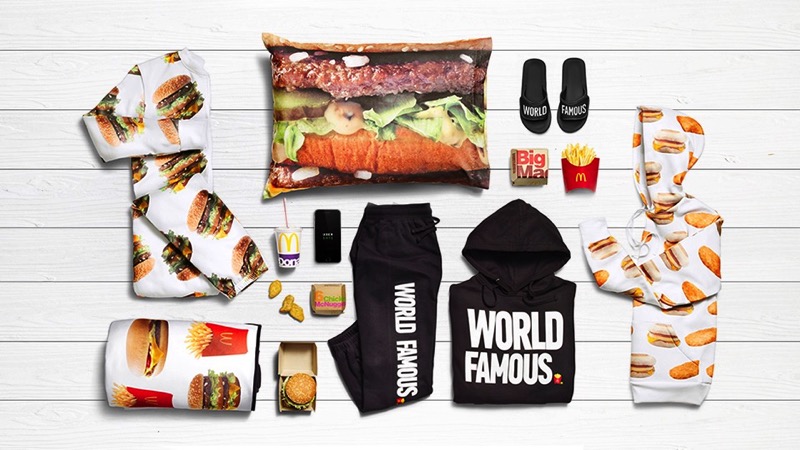 Here’s what you need to do tomorrow, according to Uber:

Place a McDonald’s order through the UberEATS app on July 26th – orders placed from 11 a.m. onward may include a piece of the McDelivery Collection.

Swag could include a sweat suit, slides, onesie, pillowcase set or full collection—the perfect items to help soak up your McDonald’s Big Mac meat sweats. Or as McDonald’s explains it:

The McDelivery Collection is a selection of fun, fashion forward items you can wear or use whenever and wherever you order McDelivery. Whether you’re snuggled up on your couch and craving a Big Mac or hanging in the park with friends and want some fries to share, the McDelivery collection is designed to savor and enjoy the delivery experience.

Uber says “The McDelivery Collection is epic and exclusive—and supplies are limited,” so obviously you absolutely should order fast food with UberEATS tomorrow.

Earlier this month, UberEats and McDonald’s officially launched delivery at 187 restaurants in Canada.