Mercedes-Benz to Partner with Pebble for Smart Watch App 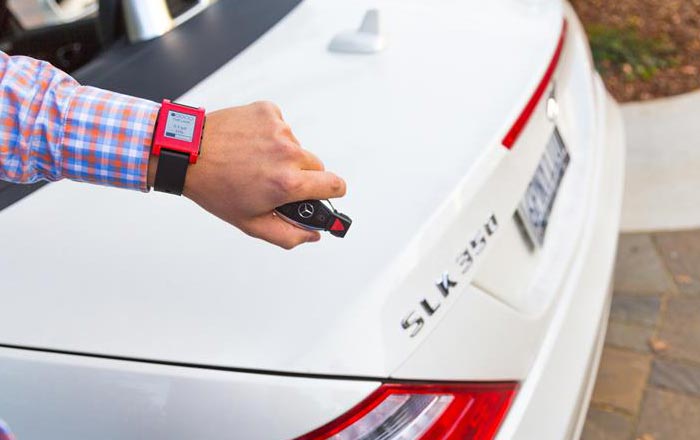 Pebble, the smart watch manufacture, has plans to become even more popular. Mercedes-Benz has announced that they will be partnering with Pebble to create a seamless integration with its vehicles.

The Pebble would function as a second screen allowing it to receive relevant vehicle information, like fuel levels or tire pressure. A basis for the integration has already been set up using Mercedes-Benz Technology “Drive Kit Plus.” This technology is currently being using for interaction with an iPhone app.

An official presentation with more information on the partnership between Mercedes-Benz and Pebble is said to take place in January, possibly during CES.

The adoption and popularity of cloud gaming on mobile devices are continuously on the rise. With higher demand for pristine control over beloved games, the need for functional and intuitive controllers is also emerging. Turtle Beach is amongst the latest to bring a solution to the table with its Atom and Recon Cloud controllers. The...
Steve Vegvari
3 hours ago

The Federal Trade Commission (FTC) is said to be moving forward on filing an antitrust suit in order to block Microsoft's substantial acquisition of Activision Blizzard. News of this comes as Microsoft awaits approval from UK regulators. According to three people familiar with the matter, the FTC is “likely to file an antitrust lawsuit to...
Steve Vegvari
3 hours ago

Christmas is just around the corner, and with all the sweet Black Friday deals out there at the moment, there's no better time to get your holiday shopping done. Here are our top picks for tech gifts this holiday season: Apple Gift Ideas Apple's latest flagship smartphone series, the iPhone 14 Pro, absolutely has to...
iPhoneinCanada.ca
16 hours ago