If you’re still using Facebook Messenger, you can now send 360 degree photos — in addition to 720p video — from both the Android and iOS apps. 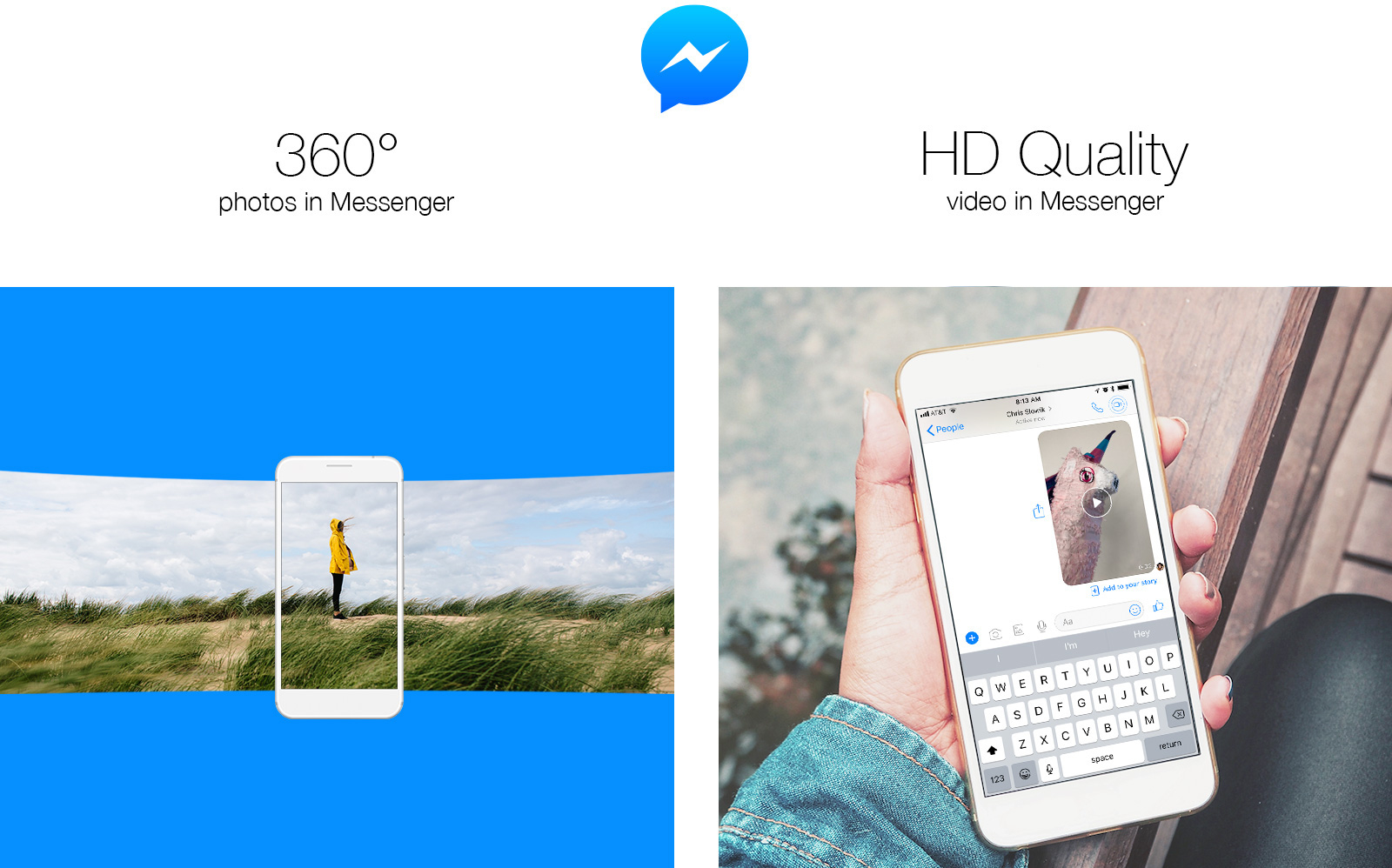 According to a new press release, the social media giant announced it Messenger application will now support 360-degree photos and high definition-quality videos within the platform.

Now, when you share a panorama or 360-degree photo on Messenger, Facebook will “convert it to an immersive, envy-inducing photo that your friends and loved ones can experience on mobile by tapping and dragging the photo or by moving their phone,” Messenger Product Managers Sean Kelly and Hagen Green wrote in a Tuesday blog post.

“Amazing 360 degree photos, and panoramic photos, will give you the ability to share more immersive views of your world – from stunning landscapes, to that coveted ocean view from your hotel room, or the way your new apartment looks – the world is your oyster now in Messenger,” reads the post.

The social networking giant first launched 360 Photos through its main app back in 2016, allowing viewers to control the view by tilting, swiping, or clicking the screen that they’re using.

Facebook also said that users will also now be able to share HD videos through the Messenger app too, something that was already possible through the main Facebook app.

Facebook is rolling out these features today and they will be available in Australia, Belgium, Britain, Canada, Denmark, Finland, France, Hong Kong, Japan, Netherlands, Norway, Romania, Singapore, South Korea, Sweden, Switzerland, Taiwan, and the US on both the iOS and Android platforms.

The National Football League (NFL) and DAZN Group announced on Tuesday to extend their partnership in Canada and globally, with a new 10-year deal that begins with the 2023 season. With NFL Game Pass International, football fans outside the USA will be able to watch every NFL game through the regular season, postseason and the final […]
Gary Ng
7 mins ago