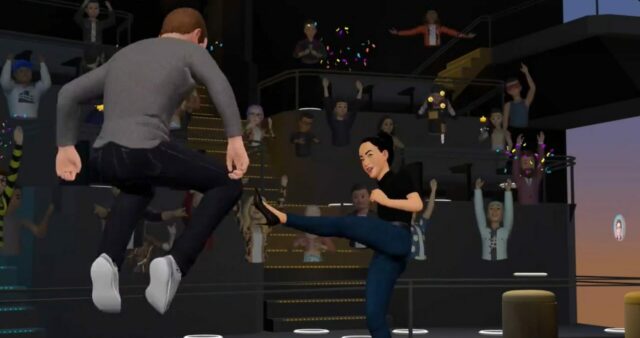 This past week, Meta held its Meta Connect event. During the event, the company made a ton of announcements. Including a showcase for its new Meta Quest Pro headset, the company revealed that Horizon Worlds avatars would soon feature legs. However, the demo video outlining the new feature was apparently created using motion capture, as reported by Engadget.

Meta and CEO Mark Zuckerberg were understandably excited to announce the supposed breakthrough. In its further adoption of the metaverse, Meta has been struggling with capturing leg movements in real-time. During Meta Connect, Zuckerberg and co. released a video showing avatars hopping, kicking, and more.

Legs are coming soon! Are you excited? 🎉 pic.twitter.com/SB6qSepKm4

However, following the event, UploadVR‘s Ian Hamilton states that the event was utilizing motion-captured animations to render what the company hopes to achieve.

For those who've been wondering about the legs shown in the Connect keynote (@hrafntho). Meta: "To enable this preview of what’s to come, the segment featured animations created from motion capture."

Motion capture is a very common tactic across many entertainment mediums. Films and video games use it to capture the movements of real people and render them in a digital space using animation. In retrospect, the video Meta published looked incredibly clean, showing a feature most VR companies still struggle to nail. Taking a verticle slice to make a demo is nothing new. Though, it would have been nice for Meta to be more forthcoming with how the video was created.

The integration of legs and realistic movements is a new milestone for the company. During the event, the company stated, “legs have been one of the most requested features on [its] roadmap, and it’s been a significant area of [the company’s] focus.” In order to accomplish this feat, Meta is utilizing AI to predict where the user’s legs are supposed to be.

We’ll have to wait a bit longer to see Meta’s VR legs feature in real-time. Full-body avatars won’t be making their way to Horizon Worlds until later in 2023.