Microsoft has today announced its new ‘Xbox Music’ service in an effort to compete with the likes of iTunes and Spotify, which will not only be available on Xbox 360 game console, but also come pre-installed with Windows 8 and support Windows Phone 8 as well (via Reuters). Official Xbox Music apps for iOS and Android platforms will also be released later, claims GigaOM . 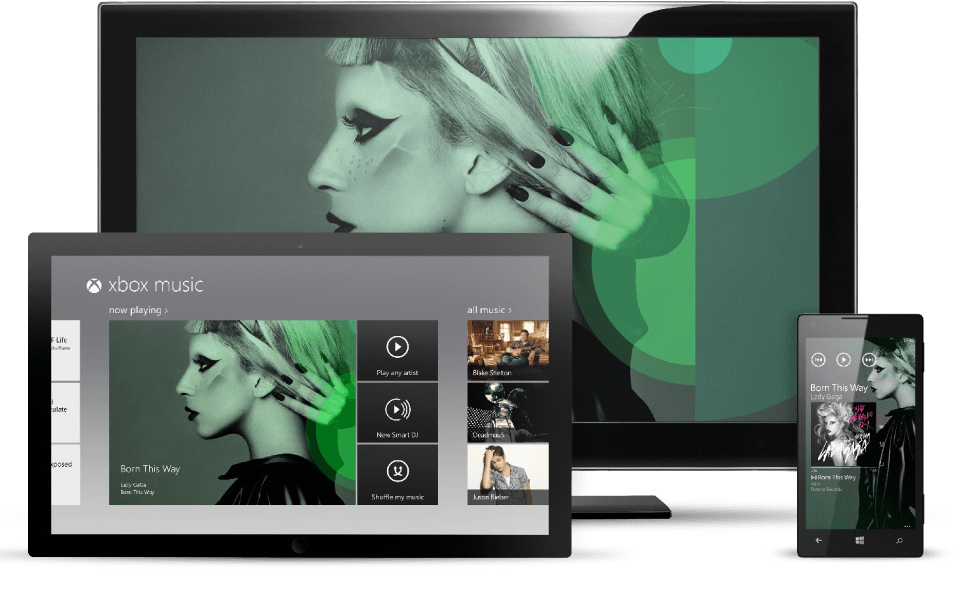 Xbox Music will replace Microsoft’s digital media brand Zune that struggled to compete with iTunes. The new service will go live on Xbox consoles from tomorrow, and will expand to Windows computers and tablets, including the upcoming Surface tablet, from October 26, when Microsoft launches Windows 8. The service will offer a free, ad-supported tier for playback on Windows 8 devices, a $10 subscription tier for ad-free playback on Windows 8 devices as well as the Xbox 360 and Windows Phone 8.

The service includes a download-to-own music store with over 30 million songs in its global catalog, more than iTunes’ library of over 26 million songs. It also carries over 70,000 music videos, available only on the Xbox console.

It has cloud-storage features similar to iTunes and Amazon Cloud Player and an artist-based radio function like music streaming services Pandora and Spotify.

Xbox Music will initially be available in 22 countries. Microsoft hopes to take the service to iOS and Android devices next year, adds the source.

Dropbox support has just confirmed that a public beta with full support for macOS will be released in Q4 this year, making the desktop app fully compatible with macOS 12.3 (Monterey). Dropbox users on macOS 12.3 see a compatibility warning about the Dropbox system extension, which results in users being unable to open online-only files stored...
Usman Qureshi
14 hours ago

WhatsApp has simplified the process of setting up Disappearing Messages by allowing users to set default Disappearing Messages for new and existing chats all at once. Users can now choose their duration timer and then select and apply it to whichever chats they want. For those who aren’t familiar, WhatsApp lets you send messages that disappear...
Usman Qureshi
15 hours ago