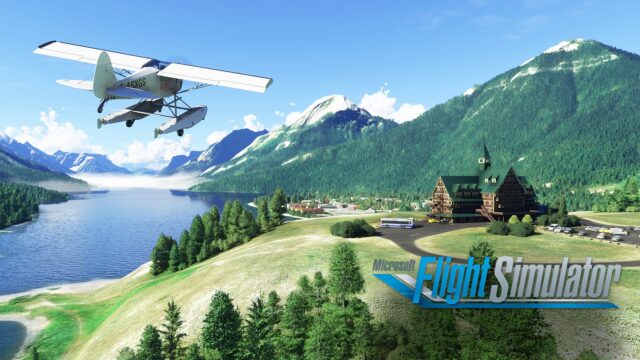 Since its launch in 2020, Microsoft Flight Simulator has continuously been adding free ‘World Updates,’ highlighting different parts of the world. World Update 11 covers the entirety of Canada. From coast to coast, players can now fly over a plethora of new regions, all rendered in high resolution and accuracy.

Each of the World Updates Microsoft Flight Simulator brings to the fold utilizes geospatial data, digital elevation models, satellite imagery, and aerial photography to recreate many of the landmarks and cityscapes. Toronto, Vancouver, Montreal, and all of its major POIS can be found in-game thanks to the update. 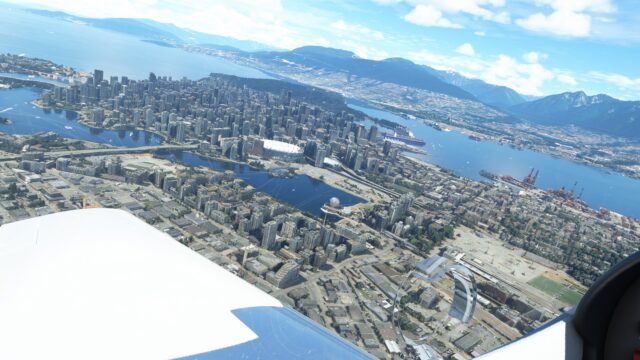 It’s not every day that a AAA game focuses its content on Canada. Unless we’re speaking about Scott Pilgrim VS. The World: The Game or that small portion of content in South Park: The Stick Of Truth, Canada usually isn’t given this kind of treatment. That’s why Microsoft Flight Simulator World Update 11 is so important. It not only offers a deeper look at the country but does so in incredible realism and fidelity. 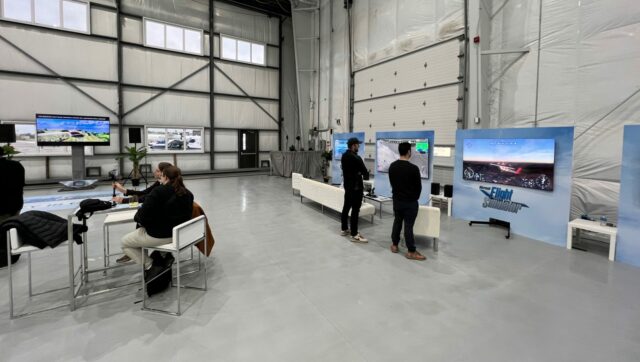 As part of the launch, Microsoft invited iPhone in Canada to Billy Bishop Toronto City Airport as there was no location more appropriate to play the game. Within a hangar at the airport, representatives showed attendees some footage of the update. Additionally, a series of TVs were available to play the game on Xbox Series X. Plus, a Thrustmaster flight stick was available for added immersion. Not only did we get a chance to fly over the city in-game, but we got to speak to colleagues and industry peers about what the update means to them.

During the event, we spoke to ReadyUp’s Dan Hammill, who has a penchant for gaming and content regarding AI. While speaking, Hammill told us:

Microsoft Flight Simulator continues to be one of their most ambitious “games” (if we can even call it that). This is only reinforced by the Canada update.

Seeing the presenter flip through images of familiar places put a smile on my face. The large bridge of Lethbridge, Alberta, Toronto Pearson Airport, Saskatoon… it was hard not to cheer at the landmarks we all recognized.

When I got my hands on the controller, I was already flying over Banff, Alberta – a place I’m all too familiar with as my parents live nearby. I flew real low over the Banff Springs Hotel, weaved among the mountains, and changed the weather on the fly.

I even gave my dad a call and asked him the directions to his house. There’s something pretty magical about seeing our beautiful country in accurate, high definition glory.

The best part of World Update 11 is that it is available now to play on Xbox Series X/S and PC. Additionally, and quite impressively, Microsoft Flight Simulator and all of its additive updates are available via Xbox Game Pass and Xbox Cloud Gaming.