Spotted first by the folks over at WinFuture (via The Verge), Microsoft has accidentally listed a mysterious “iPad Touch Cover (Model 1719)” in a download page for documentation related to Lithium batteries. The source notes that the documents were originally posted back in April and include other examples for Microsoft’s HoloLens, Band, and Surface devices. 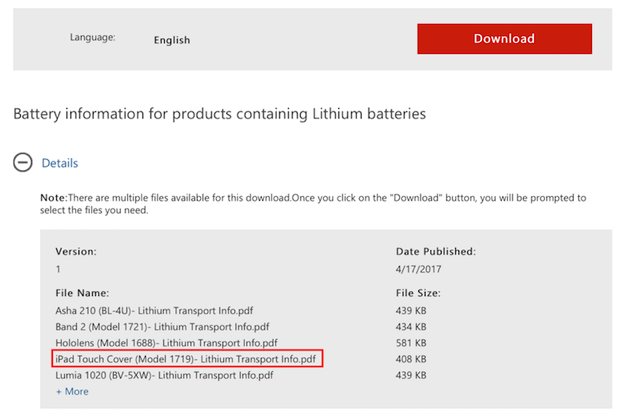 Other than the fact that it contains a lithium battery, which means it likely connects to an iPad through a Bluetooth connection, no other details about the iPad Touch Cover are known at this point. In fact, it’s not even clear whether Microsoft will actually release such a product, or the product was scrapped at some point.

Microsoft’s “Touch Cover” naming could hint that the company’s iPad cover is similar to the old Surface Touch Cover that is just 3mm thick and uses pressure-sensitive technology for a full multitouch keyboard.

Microsoft’s mysterious iPad cover could also use Apple’s Smart Connector to connect to the iPad Pro. However, it’s likely that Microsoft is simply targeting the base iPad without the Smart Connector, simply because Apple doesn’t sell its own smart keyboard for the regular iPad.

Below is another screenshot from the documentation detailing the iPad Touch Cover’s battery specifications: 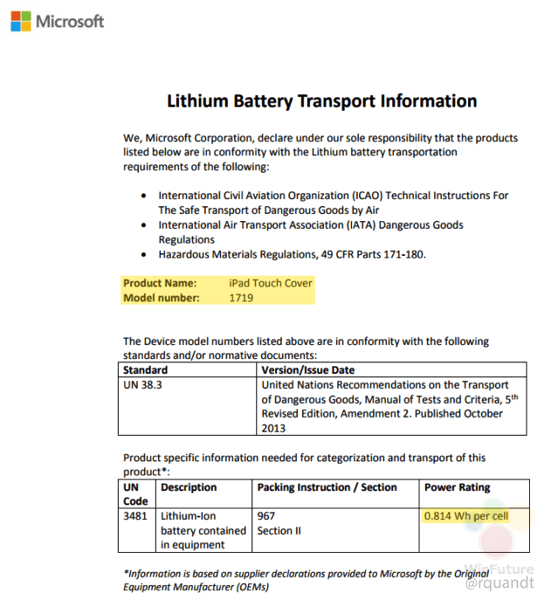