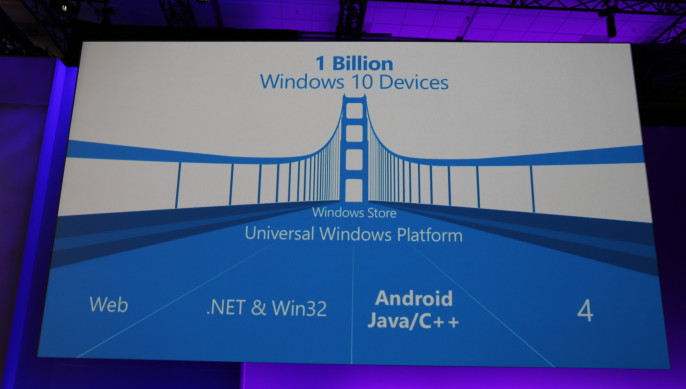 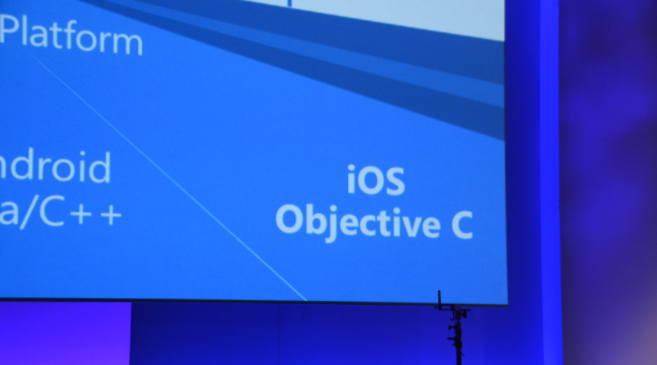 In an unexpected twist, Microsoft announced that developers will also be able to use their native Objective-C code from their iOS apps and compile it into a functioning Windows 10 app. This will be done using new tools in Visual Studio. 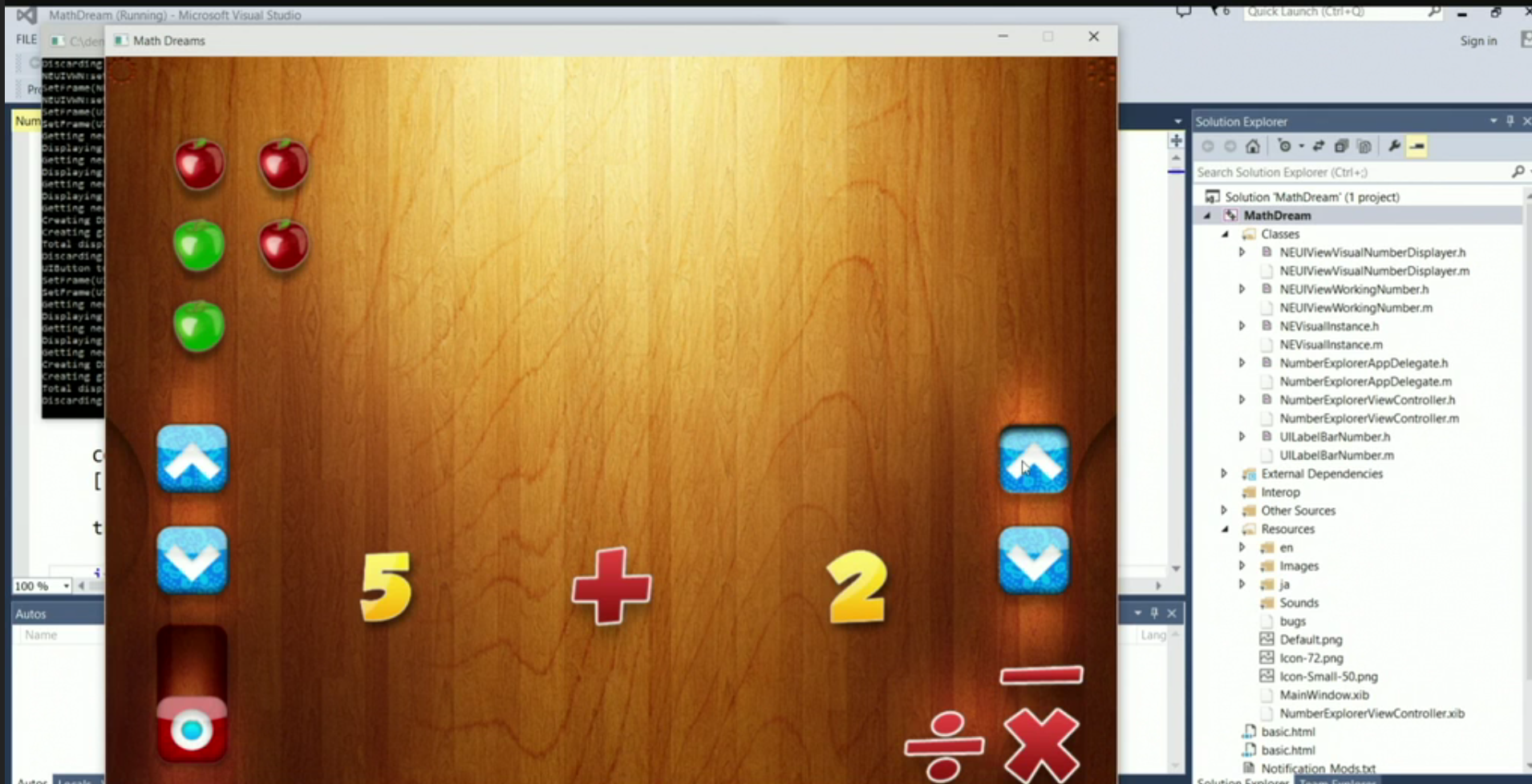 The company showed a demo of an Xcode project moving to Windows 10. Visual Studio brings up the native Objective-C code and allows you to debug it then execute the app on Windows. The demo made the process look very simple, however, we won’t know for sure until we get hands-on time with the new tools.

Microsoft revealed that King used these tools to bring Candy Crush Saga to Windows Phone. The company is excited to bring these new tools to developers in the near future. Microsoft has suffered from a shortage of Windows 8.x and Windows Phone applications, but they are hoping the new tools will encourage developers to bring their existing iOS and Android applications to Windows.

The crowds reaction to the announcement sounded very positive. As a developer, if Microsoft can make these tools work as advertised, I believe that more developers will give the small amount of effort to bring their apps to Windows.