Bundled as part of the Xbox Game Pass Ultimate subscription priced at US $14.99 per month, Microsoft will be launching its new game streaming service called ‘Project xCloud’ exclusively on Android devices on September 15 across 22 countries, The Verge is reporting. 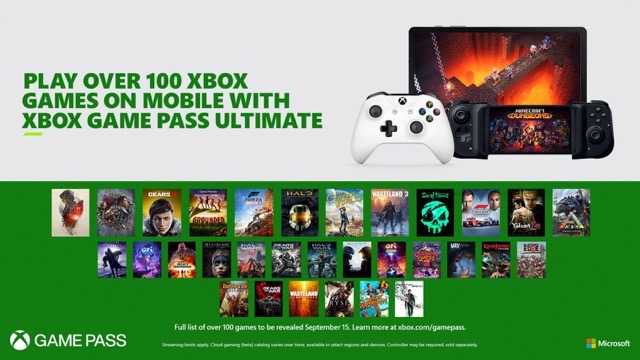 With over 100 games available on Android tablets and phones, Project xCloud will not be available for iPhone and iPad users at launch. “It’s our ambition to scale cloud gaming through Xbox Game Pass available on all devices, but we have nothing further to share at this time regarding iOS,” said a Microsoft spokesperson.

While Microsoft has not yet revealed which Apple policies are preventing xCloud from launching on iOS, it must be noted that Google’s Stadia service is also not available on iPhones or iPads.

“The lack of iOS support at launch will be disappointing to iPhone and iPad owners but not exactly surprising. While Microsoft has been testing xCloud on iOS, the company previously revealed its testing was limited due to Apple’s App Store policies.

Valve’s Steam Link app took nearly a year for Apple to approve even though it primarily streams games from your home PC.”

Some of the game titles available at launch include the following:

In response to the feedback and guidance it received, Apple has announced that its child sexual abuse material (CSAM) detection tool for iCloud photos has now been permanently dropped, Wired is reporting. Apple has been delaying its CSAM detection features amid widespread criticism from privacy and security researchers and digital rights groups who were concerned...
Usman Qureshi
14 mins ago