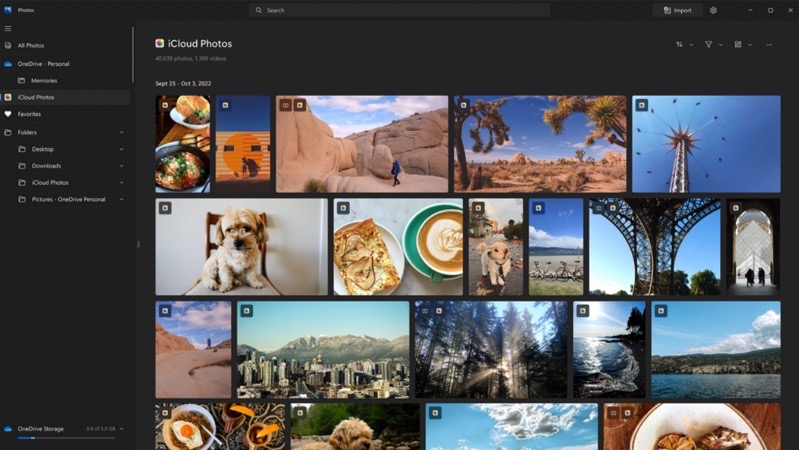 Microsoft today announced a new line of Surface devices that it says is ready to “take the Windows PC into the next era of computing.”

Beyond new hardware, Microsoft also announced new Apple integrations and apps that are coming to Windows devices and Xbox consoles.

Windows 11 and its Photos app will get new integration with Apple’s iCloud, allowing iPhone and iPad users to see all their iCloud photos. The iCloud for Windows app is available today for download in the Microsoft Store for Windows Insiders first, then the app will launch for everyone on Windows 11 in November.

As for the Xbox, Apple Music launches today for the console, joining the Apple TV app.

Windows will get Apple Music and the Apple TV app in 2023, with previews of these apps available later this year.

“We can’t wait for you to be able to listen to your favorite music, playlists and more from Apple Music, and watch your favorite Apple TV+ series and movies, right on your Windows PC,” said Microsoft.

Microsoft continues to make some smart moves and integrations with third party software. This is a good thing for Apple customers.