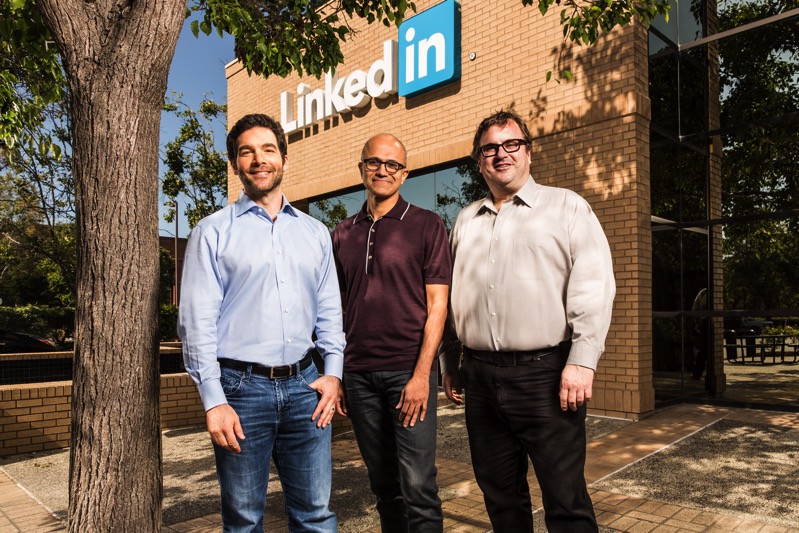 Microsoft had a surprise announcement for today: It plans to acquire LinkedIn, the professional network giant for $26.2 billion in an all-cash deal. The software maker says LinkedIn will retain its brand and independence, and that current CEO Jeff Weiner will remain in his position and report directly to Microsoft CEO Satya Nadella.

Today’s announcement marks the first big acquisition since Nadella became CEO. Weiner highlighted the opportunities the deal brings: “Just as we have changed the way the world connects to opportunity, this relationship with Microsoft and the combination of their cloud and LinkedIn’s network now gives us a chance to also change the way the world works,” he said.

In an internal memo sent to employees, Nadella says this is a great opportunity to accelerate LinkedIn’s growth, and for Office 365 and Dynamics, as “they connect to the world’s largest and most valuable professional network”.

As the press release reveals, LinkedIn has more than 433 million members, many of whom use the platform to find jobs, reconnect with old colleagues, and even pay a premium to use the services it offers. Microsoft plans to hold a conference call at 11:45 a.m. ET to discuss the acquisition, which is subject to LinkedIn shareholder approval.