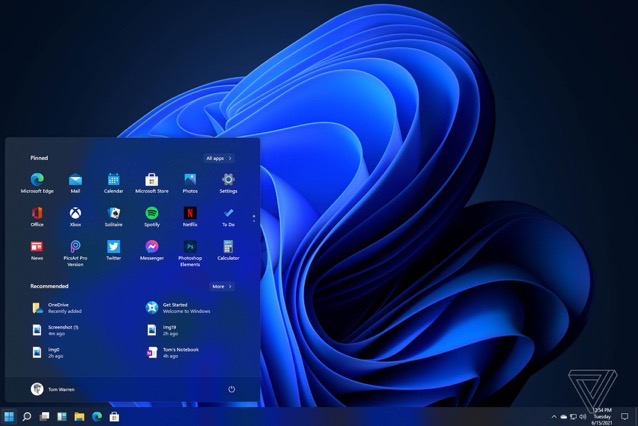 The most prominent visual change in Windows 11 can be found along the taskbar. Microsoft has centered the app icons here, cleaned up the tray area, and included a new Start button and menu.

The updated Start menu in Windows 11 is actually a simplified version of what currently exists in Windows 10, without Live Tiles. It includes pinned apps, recent files, and the ability to quickly shut down or restart Windows 11 devices.

If you don’t want the app icons and Start menu centered, there’s an option to move them all back to the left-hand side. Coupled with the dark mode that’s also available, and Windows 11 starts to look like a more refined version of Windows 10 than something dramatically new.

Microsoft is also using rounded corners throughout Windows 11. These are visible in context menus, and around apps and the File Explorer.