The mobile payment wars are starting to heat up in the U.S. as rival payment solution CurrentC has started to inform partners such as Rite Aid and CVS to disable NFC terminals to thwart customers from using Apple Pay, resulting in online backlash. 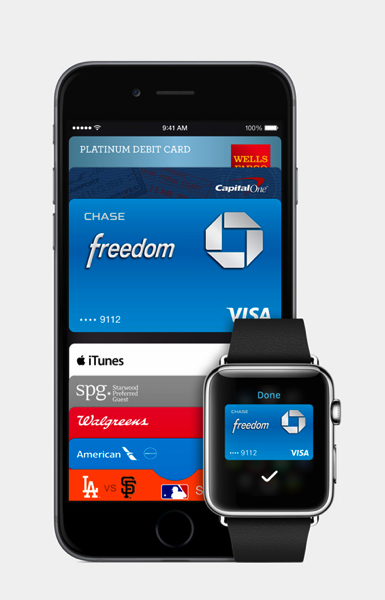 MacRumors notes Apple Pay was unofficially working fine at Rite Aid and CVS locations, but NFC terminals were suddenly disabled. An alleged internal Rite Aid memo obtained by SlashGear informs staff to explain to customers Apple Pay is not supported, but rather the company will have their own mobile payment app coming called CurrentC, an initiative led by the Merchant Customer Exchange (MCX) group, which includes retail giants Walmart, Best Buy, Target, 7-11 and more.

CurrentC says its retail member network spans 110,000 locations, set to accept payments via the company’s mobile payment app, which utilizes scanning a QR code off a customer’s smartphone. By creating their own mobile payment network, CurrentC aims to data mine customer shopping habits, something Apple Pay doesn’t do.

As Apple Pay continues to expand to more retailers, customers looking to use the mobile payment at CurrentC-backed retailers will be shut out, just like Google Wallet users as well.

Luckily in Canada, the plethora of NFC point of sale terminals will allow future (and current) Apple Pay users to have no issues with using the service, as existing mobile wallets consisting of partnerships between incumbent wireless carriers and banks rely on the wireless technology.

In partnership with the Orange Shirt Society, Meta has announced the launch of a new AR effect on Instagram titled “Orange Shirt Day” to raise awareness about the impact of the residential school system. The effect, developed in collaboration with the National Centre for Truth and Reconciliation (NCTR), is inspired by the experience of residential school...
Usman Qureshi
23 mins ago

Apple has removed The OG App, an ad-free and suggestion-free Instagram client created by a startup called Unf1feed, from the App Store — reports TechCrunch. The iPhone maker explained in a statement to TechCrunch that The OG App was removed earlier this week for violating Instagram owner Meta's terms of use for the service, which in...
Nehal Malik
24 mins ago