According to the most recent Hotel Price Index (HPI™) report, a significant increase has been observed in “on the go” travel booking trend in Canada and internationally, with a reported one in four global transactions being booked on a mobile device across the Expedia brands (via NewsWire). In Canada, Hotels.com has reported more than 80% growth in mobile bookings during 2014. 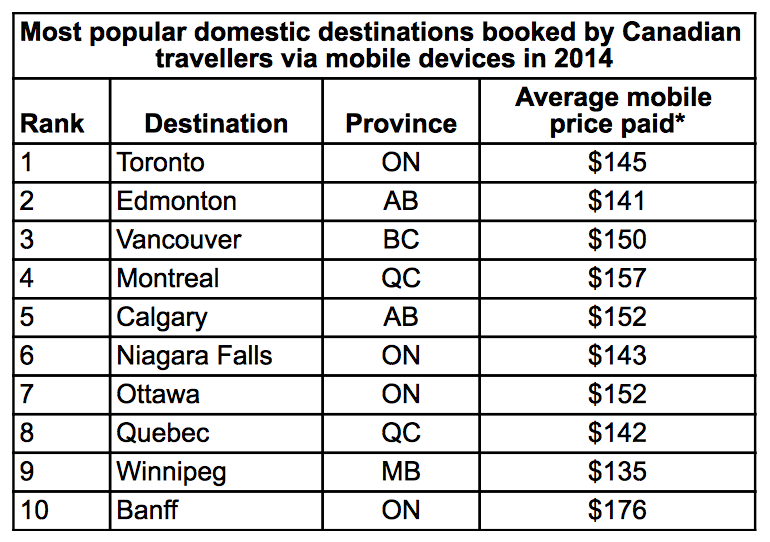 As you can see in the above table, Toronto was the most popular Canadian city for mobile bookings, followed by Edmonton which pushed Montreal, one of the traditional top three most popular destinations, out of the third spot to fourth. The report claims that absence of five-star properties is most likely a contributing factor to its popularity.

The majority of Canadians booking on mobile devices, more than four-fifths, made reservations at two- or three-star hotels. The data also showed that Canadian travellers are using their devices for all types of bookings, whether it’s staying local, exploring Europe, backpacking in Asia or touring Latin America. 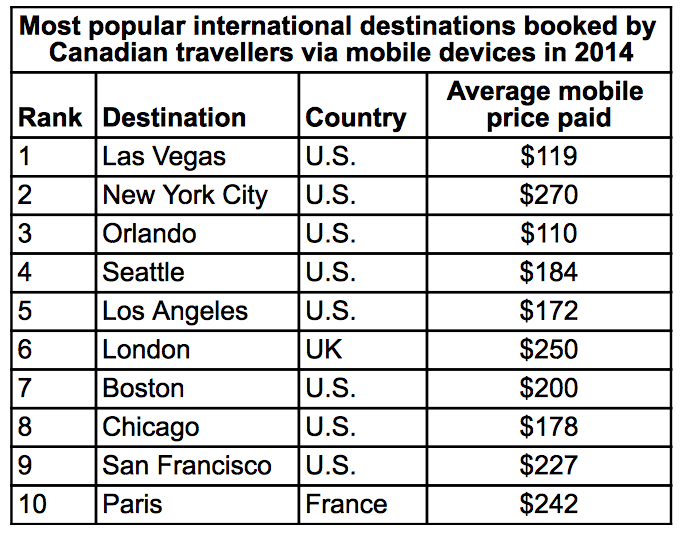 Among the most popular international destinations booked by Canadian travellers via mobile devices in 2014, Las Vegas came on top, followed by New York, Orlando, Seattle and Los Angeles.