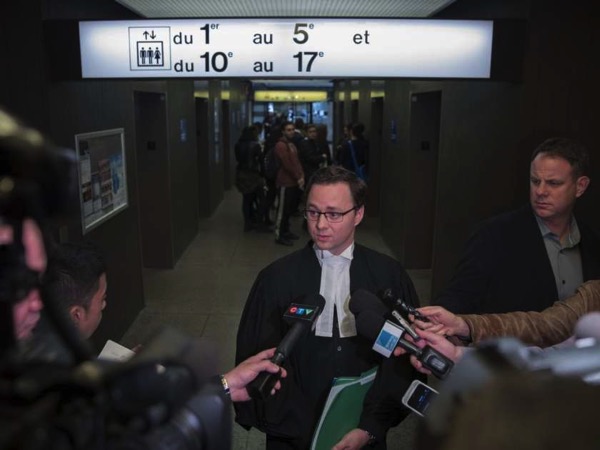 In order to determine the identity of his sources, La Presse journalist Patrick Lagacé’s iPhone was surveilled by the Montreal police department for several months this year, including the journalist’s location via his iPhone’s GPS. According to the Montreal Gazette, 24 surveillance warrants for the phone were granted by the court in 2016 at the request of SPVM’s special investigations section, which tackles crime within the police department.

“We believe that it is inconceivable that an operation this sensitive would not have been approved by Philippe Pichet,” said Alex Norris, an opposition councillor with Projet Montréal. “If he wasn’t advised of this operation then it means he has lost control of his organization.”

Leader of the opposition Luc Ferrandez has now called for an independent inquiry by a committee that includes a renowned judge, as well as three or four people who can make sure that in a few weeks, they can judge the decision to spy on a journalist on such a little matter.

“We’re very disturbed that (Montreal police) are carrying out what appears to be witch hunt against sources within the police force who provide information that is in the public interest to reporters,” Norris said. “Journalists are a line of defence for our democracy. When the public speaks to journalists they need to feel confident that their words will not end up in a police investigation.

Nathalie Roy, an MNA from Quebec City, also denounced the police operation, saying that her party supports a bill that would protect whistleblowers. “It’s extremely important and we’re going to work really hard to protect them,” she said. The vice-president of information at La Presse Éric Trottier strongly denounced the operation as well.

Pierre-Roy, a lawyer with considerable experience in cases involving the media, said he has never heard of anything like what the Montreal police were given the green light to do.