Earlier this week Apple relaunched their ‘Shot on iPhone 6’ billboard campaign, but this time around had a focus on the iPhone 6s. This advertising campaign featured various photos from iPhone users, taken around the world.

Out of the 41 photographers in the campaign, the lone Canadian was Pierre Babin from Montreal, Quebec. iPhone in Canada spoke with Babin regarding his selection from Apple and how it all went down.

Babin explained he was contacted by Apple a few weeks ago in regards to his photo below, which he shared on his Instagram, with the iPhone maker expressing interest in using his picture for their next campaign. 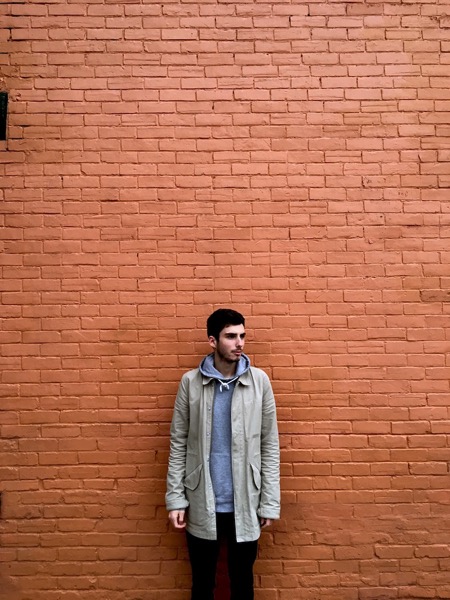 “It’s such a great feeling to be chosen by a big and loved brand like Apple, especially for an iPhonography addict like me,” explained an ecstatic Babin, who said he uses his iPhone 6s daily to share his daily life on Instagram.

As for the story behind the chosen image? He said it all started when he was on a photo walk with his friend Olivier, who wanted a new profile picture, but they just couldn’t find the perfect spot after searching endlessly all day.

It wasn’t until Olivier was “kind of yelling” on phone at someone, and Babin was waiting for him to finish did he randomly stumble across a “beautiful orange brick wall” behind them. That’s when they knew they had found the perfect place for their shot, and went for it.

Pierre says “It’s funny how sometimes you just need to let things go instead of trying absolutely to force them. If things have to happen, they will on their own.”

As for his iPhone 6s, Pierre says Live Photos are his favourite feature, along with 3D Touch, which he enjoys because it brings a “new enriched approach” to the user experience, and can’t wait to see more updates to the feature.

Apple’s Shot on iPhone 6s billboard campaign currently is showcasing 53 images from 41 individuals worldwide, with pictures in 85 cities across 26 countries. Let us know if you see Babin’s photo up somewhere!

Apple Watch Ultra, Apple's most premium smartwatch to date, officially launched on Friday. The new high-end smartwatch targets extreme athletes, and it comes with a choice between three different bands to aid in their adventures: the Alpine Loop, the Trail Loop, and the Ocean Band. Each of the three band types was thoroughly tested and...
Nehal Malik
13 mins ago

According to a report from The Verge's Umar Shakir, a firmware update Apple started rolling out for AirPods Max in May significantly reduces the strength of the premium headphones' Active Noise Cancellation (ANC), according to his observations. Apple's most expensive AirPods have pretty strong ANC. It is (or at least was) strong enough that some people...
Nehal Malik
20 mins ago