Apple wants to make it really easy for Android users to move to (or switch back!) to iOS. Announced earlier this summer as part of a preview of iOS 9, Apple said the new app would allow Android users to easily and securely move Contacts, Message history, Camera photos and videos, Web bookmarks, Mail accounts and Calendars to iOS wirelessly and securely. 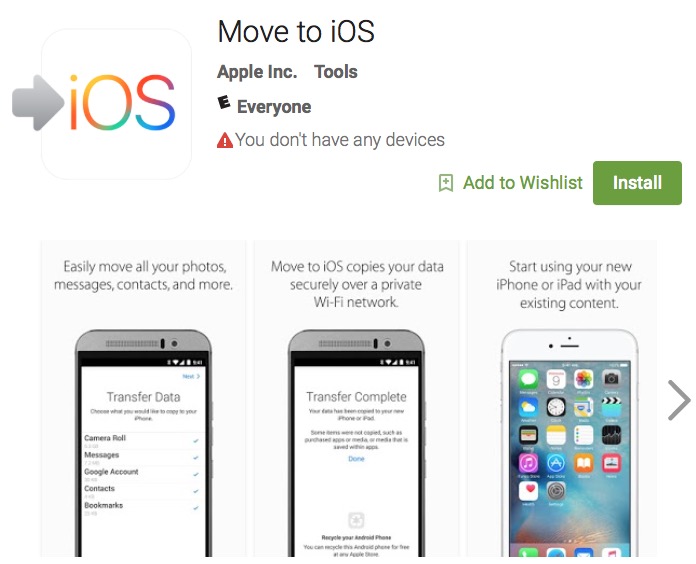 Here’s how Apple explains the seamless and secure process:

When you choose to migrate your data, your new iPhone or iPad will create a private Wi-Fi network and find your nearby Android device running Move to iOS. After you enter a security code, it will begin transferring your content and put it in the right places. Just like that. Once your content has been transferred, you’re ready to get going. iOS will also set up your default mail account. That’s it — you can start using your new iPhone or iPad and experiencing its endless possibilities. Enjoy.

The Move to iOS app is now available for download in the Google Play Store, coming in at 2.6 megabytes. It requires Android 4.0 or higher.

Let us know if you’re going to be switching back to iOS with this app, and how it goes!