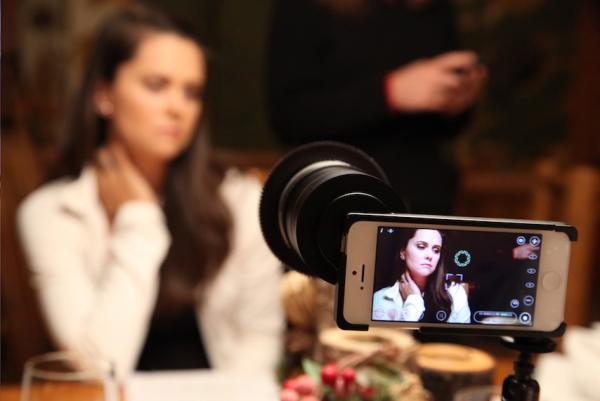 You may not win an Oscar with a movie shot entirely with an iPhone, but the possibility of getting an SXSW award is high, as the case of shortlisted “Uneasy Lies The Mind,” a tense psychological thriller, shows (via ComputerWorld).

Besides its story — a tale of a man who lies dying after he was robbed — the movie is interesting because it was shot entirely with iPhones using a lens adaptor and an app called FiLMiC Pro 2.

The director, Ricky Fosheim, shares his story about why he chose the iPhone and not the Red Epic or Canon EOS 5D Mark III:

“We weren’t shooting with the iPhone to be cool. We shot on the iPhone because the look it created fit perfectly with the story we were trying to tell.”

“Uneasy Lies The Mind” isn’t the only movie shot on the iPhone. While Apple’s clip created for the Mac’s 30th anniversary shows that handset’s capabilities, there is an iPhone Film Festival as well for movies shot entirely using iPhones.

Also, it is worth noting that “Searching for Sugar Man,” a movie nominated for Best Documentary in 2013, might have never been completed without the iPhone.