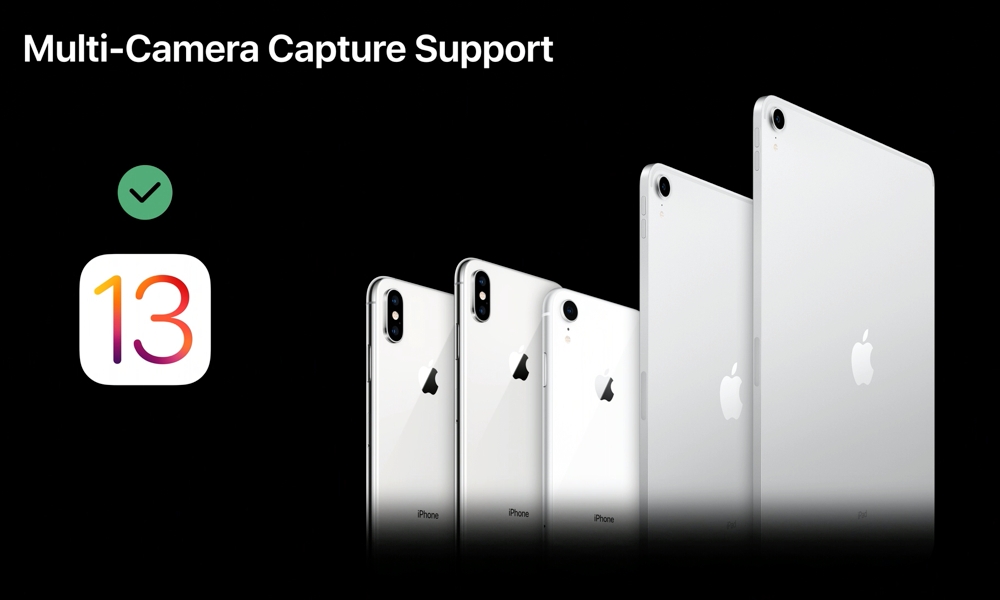 A new report from 9to5Mac explains that iOS 13 will now support multi-camera capture, allowing apps to pull in photos and videos from multiple cameras, but only on the latest iOS devices.

The obvious application for the feature is picture-in-picture support — which Apple briefly outlined during its WWDC keynote earlier this week — allowing a video recording app to simultaneously record the user’s face from the front TrueDepth camera while recording a full video from the main camera on the back. The user can then switch between two camera feeds when playing back the multi-cam video in the Photos app. 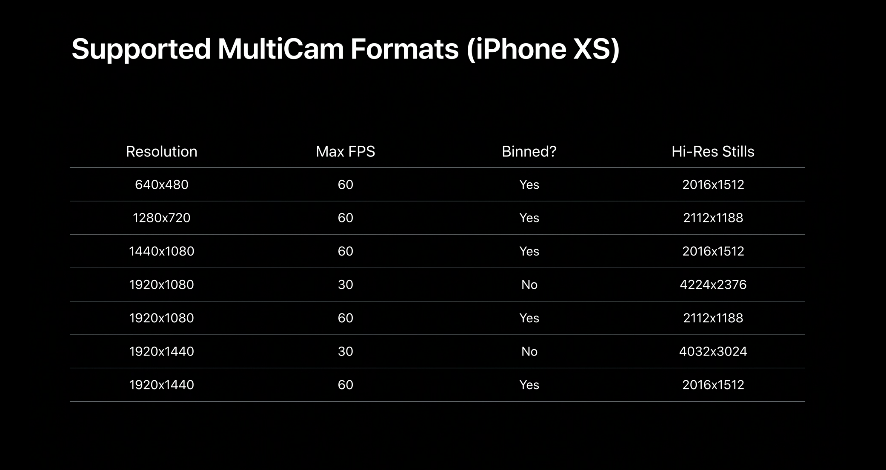 “Due to power constraints on mobile devices, unlike on Mac, iPhones and iPads will be limited to a single session of multi-cam, meaning you can’t do multiple sessions with multiple cameras or multiple cameras in multiple apps simultaneously,” reads the report. “There will also be various supported device combinations dictating what combination of capture from what cameras are supported on certain devices.”

The feature opens up massive creative potential for developers, and it’s almost certain that we’re going to see a new wave of intelligent photography apps coming out on the heels of iOS 13’s release later this year.