The iPad is finally getting its very own operating system: iPadOS. 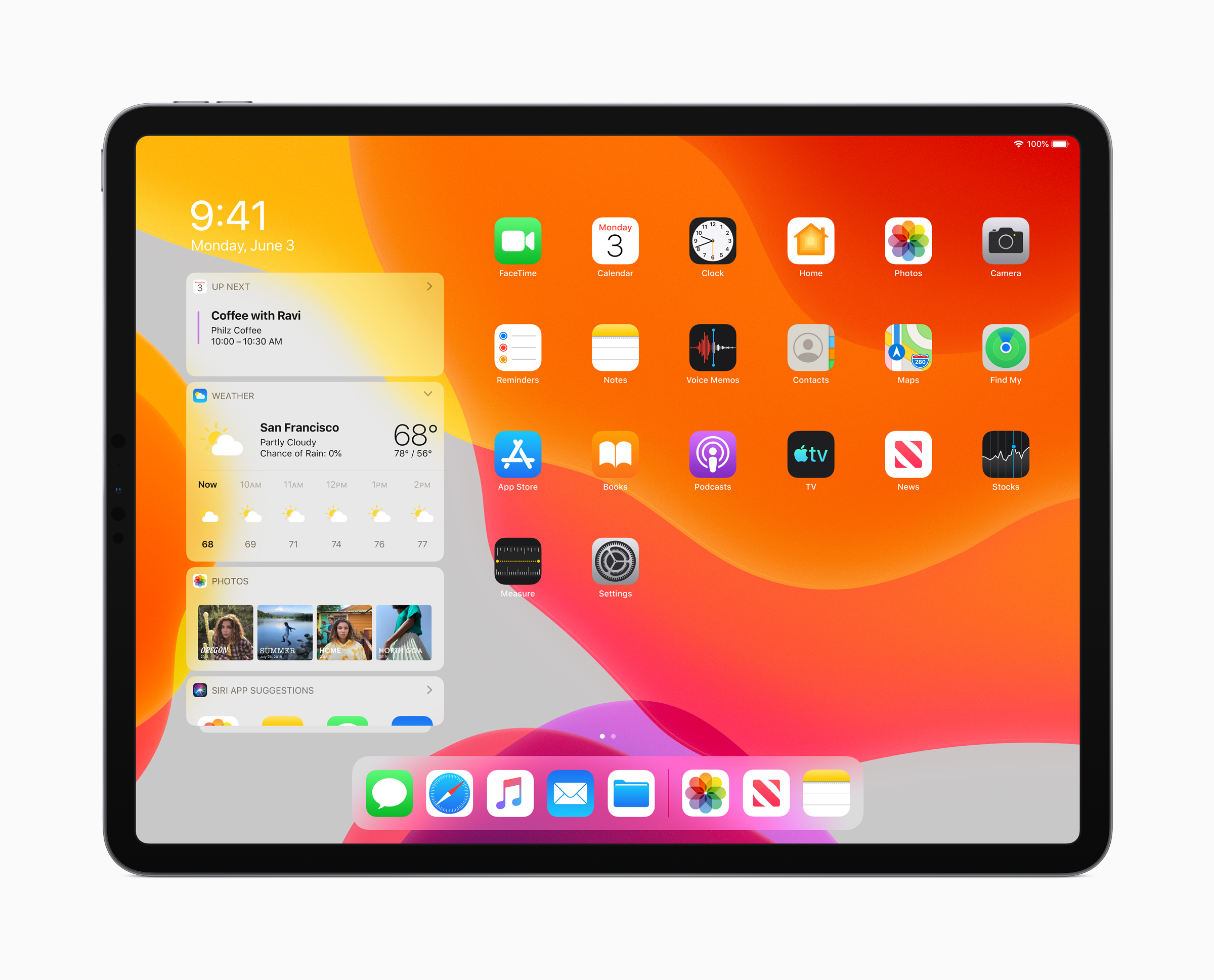 Apple’s Worldwide Developers Conference kicked off today in San Jose, California, where the Cupertino company announced a number of new products, one being iPadOS, a branch from iOS.

The update is part of a renewed focus by Apple to add productivity features and tools to the iPad line, something the tablet line has needed for the past few years. By giving the iPad its own operating system, Apple is now able to create dedicated features for the device without leaving iPhone users out or creating a similar experience.

iPadOS will bring small but important improvements in the operating system’s interface by making better use of screen space and by introducing new gesture controls. The home screen on the iPad with iPadOS looks similar to iOS, but the alignment of icons is a bit more condensed. If you swipe to the right, you’re presented with a view of useful widgets.

Other new features include a column view for Files, iCloud drive folder sharing, USB drive, and SD card support, improved text editing, and desktop-style browsing to Safari which includes 30 new keyboard shortcuts and a download manager. Finally, browsing the web on mobile Safari on the web will show a desktop version of a site, not a stripped down mobile version.

There will still be obvious similarities between iOS and iPadOS. For example, both platforms will include a new system-wide dark mode, new Messages features, redesigned Reminders app, along with everything else Apple announced for iOS.

At this point, we don’t have many more details regarding what iPadOS will bring to the table. But what we do know is that it’s going to be a fantastic upgrade for users who rely on their tablets for day to day tasks, especially iPad Pro users who demand a little extra on the go.