OLED ‘iPhone 8’ Shipping Dates Could Be Delayed to October: Analyst

Citing a talk with a component supplier, Loup Ventures analyst Gene Munster has claimed that although Apple will unveil its flagship OLED ‘iPhone 8′ in September, it won’t be able to ship it before October because of “challenges with the OLED curved screen”. He added that despite the OLED iPhone’s delayed shipment, Apple will be able to achieve impressive sales, reviving global iPhone growth once again (via AppleInsider). 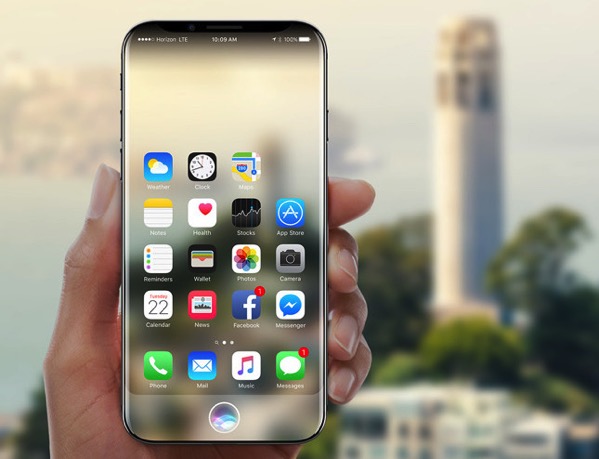 The analyst suggested in fact that while the iPhone 7 cycle will likely generate flat unit growth versus the iPhone 6s, the next iPhone cycle should see an an 8 percent rise.

Revenue is meanwhile predicted to grow 11 percent, mainly due to a higher average selling price spiked by the OLED iPhone, commonly referred to as the “iPhone 8.” The figure should increase from $651 to $674, Munster said, working on the assumption that the new phone will cost over $1,000.

“This new high-end SKU should run about $47 per month on the iPhone upgrade program, compared to $41.58 today for the entry level iPhone 7,” he wrote.

A Loup survey of 501 people in the U.S. conducted the weekend before Apple’s recent WWDC has revealed that interest is much higher in the ‘iPhone 8’. Of 220 current iPhone owners, 25% said they were planning to buy the next iPhone at launch, a jump from 15% in a July 2016 poll.

Despite the survey coming before Apple’s ARKit announcement last week, almost 54% of iPhone owners planning to upgrade said they were interested in augmented reality features.

Apple has just rolled out a redesign for its official website, introducing an all-new navigation bar with fancy drop-down menus on both desktop and mobile. As spotted by Parker Ortolani, the updated drop-down bar makes it easier to navigate the website and relatively faster to get to individual product pages. All-new https://t.co/pXaoM71lcY nav bar with...
Usman Qureshi
9 mins ago

According to leaker @Jioriku, Apple will soon launch the Beats Fit Pro wireless earphones in Volt Yellow, Coral Pink, and Tidal Blue colours. Although Apple is yet to make an official announcement, MacRumors claims to have spotted listings for the new colours on some Apple reseller websites in Europe. Similar to the AirPods Pro, the...
Usman Qureshi
27 mins ago

Google's parent company, Alphabet, on Monday started notifying employees in Canada of job cuts, according to a spokesperson for Google (via The Globe and Mail). The news comes a little over two weeks after Alphabet CEO Sundar Pichai announced the company would be laying off 12,000 employees (or 6% of its total workforce) across its...
Nehal Malik
40 mins ago