It has been more than a decade since Steve Jobs got music label executives to agree to sell songs on iTunes for only $0.99. Apple is expected to announce a $3.2 billion agreement to acquire Beats Electronics this week.

“Apple is about two years late, behind Spotify. They need a streaming offering.”

The rumour comes at a time when digital music downloads are declining. According to Reuter’s sources, record labels are pushing Apple to turn Beats Music into a strong competitor that can compete with existing services like Spotify.

“The labels wanted Apple to build a premium service. They wanted … to make money through the stream.”

The rumour of an acquisition comes at a time when iTunes Radio does not seem to be doing as well as Apple hoped. The sources, who did not want to be identified, said that major music labels are not satisfied with the performance of iTunes Radio.

The acquisition of Beats would not only give Apple access to legendary music producer Jimmy Iovine and rapper Dr Dre, but also all of the licensing agreements that Beats Music has obtained. 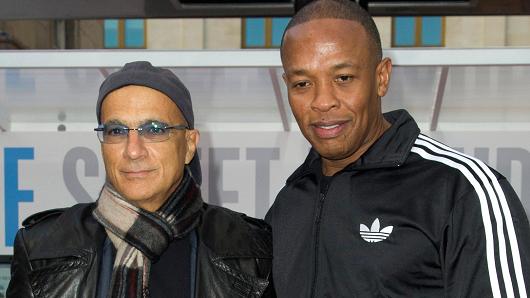 Apple already has a huge user base within iTunes, which the company can use to its advantage when building a streaming music service. Daniel Weisman, a manager at Roc Nation, said:

“ITunes is the number one for digital downloads. If iTunes can flip the switch on their user base to become streaming subscribers, that will be a huge win for everyone.”

“Google, YouTube, Spotify and others are working on ways to stream music. If Apple can control the future of music distribution by buying Beats, they will retain control of the devices.”

It seems as though the music industry is behind the idea of Apple acquiring Beats Electronics. Only time will tell if the acquisition will actually happen and if Apple will become a major player in the streaming music market.

Do you like the idea behind Apple acquiring Beats to help them create a music streaming service? Let us know in the comments below.