This $12,000 Nanoball Hourglass is Created by Apple Designer Marc Newson

Apple designer Marc Newson has created an exclusive hourglass for Hodinkee that costs a whopping $12,000 and is filled with 1,249,996 “nanoballs” that are 0.66mm in diameter and made of solid stainless steel coated in copper. According to The Verge, only a 100 units of this hourglass are being made, which happens to time only 10 minutes. 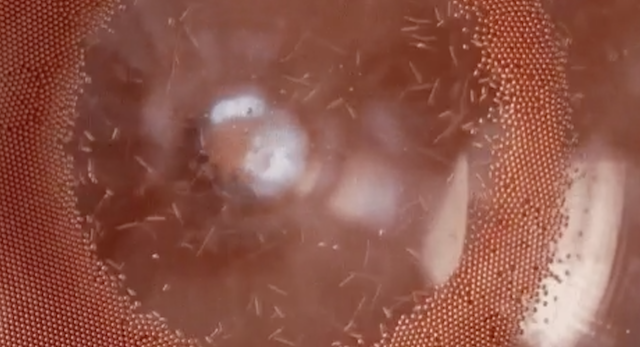 Explaining the high cost, Hodinkee says that the hole that the nanoballs fall through has to be so precise that only a human eye can get the job done. A measurement device would harm the glass, according to Hodinkee. “Watching the hourglass is a multi-sensory experience that cannot be communicated in words.”

The combination of watching those first few nanoballs bounce around the bottom chamber, the flow begin to change surface patterns in the top chamber, and the unique sound of the nanoballs flying around, hitting the glass and one another as they settle at the bottom, is utterly mesmerizing.

Only six units are initially being produced, ordering which requires a nonrefundable $6,000 deposit and a few months wait. Four more will be available in June and then 10 will be produced for each month after until 100 total are made.

Take a look at the video for a better idea: