Citing a person familiar with the matter, Bloomberg is reporting that Google-owned Nest is working on a cheaper version of it learning thermostat, which would sell in the market for under $200. The company is also developing new home security products, including a home-security alarm system, a digital doorbell and an updated indoor security camera, claimed the source. 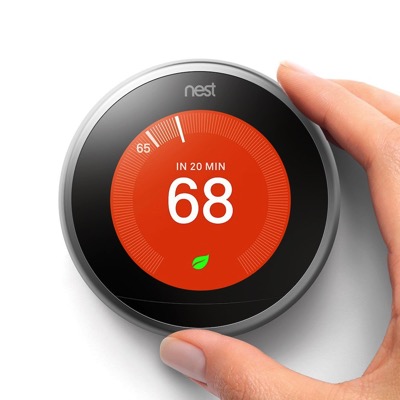 Nest’s flagship thermostat currently sells for $249. The person said that the upcoming cheaper model would include less expensive components, and  that at least one internal prototype “lacks the flagship model’s metal edges”. The person added that the new thermostat may launch by next year. He further continued that Nest is developing remote sensors for its thermostat that would let users control the temperature of individual rooms instead of the entire home.

Nest is also working on an end-to-end home security alarm solution with the goal of shipping this year, the person said. One of the prototype versions of the system includes a central hub with a keypad, a pack of alarm sensors to be placed on windows and doors, and a fob for key rings for arming and disarming the alarm system, the person said.

Like a standard home alarm system, the alarm will ring when a person enters the room until the correct code is entered into the keypad. The fob could also be used to enable and disable the alarm, according to the person.

The company is also said to be developing a second-generation version of its indoor security camera and a smartphone-app integrated digital doorbell system for release as soon as next year.