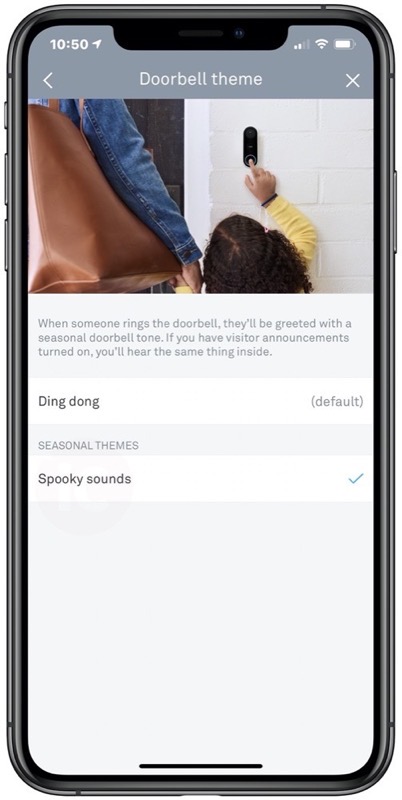 Google’s Nest Hello recently expanded its seasonal doorbell themes, adding a Halloween theme to Canada, which previously was only available in the United States.

The addition of the Halloween doorbell theme joins winter holiday sounds, which should debut in December.

Google says the Nest app “will let you know when a seasonal doorbell theme is available and let you choose to use it or not.” The Halloween theme popped up for us a week ago.

Once a seasonal theme is one, visitors will hear it when they ring your Nest Hello, plus the theme is also played on your Google Nest or Home speaker if you have visitor announcements enabled.

Google says even if you don’t change back to your original doorbell theme after Halloween, the Nest Hello will do it for your automatically, as the seasonal theme will disappear and return back the next year.