To mark Earth Day on April 22, Google has today revealed that Nest Thermostat owners have saved over 50 billion kilowatt hours of energy since the device was first introduced in 2011. “We at Google Nest want to say thank you for helping our planet,” says the company in an official blog post. 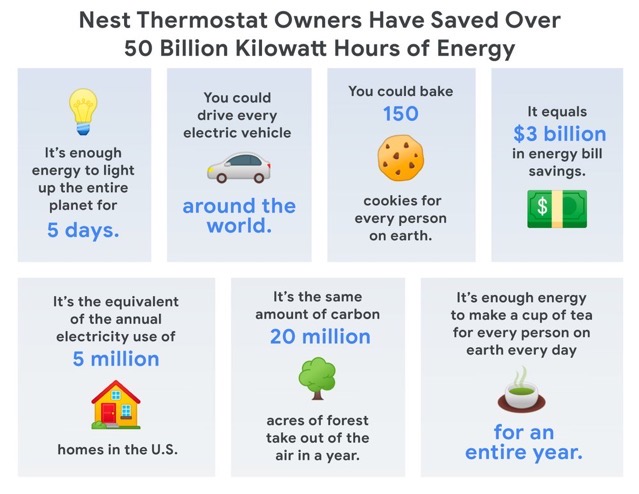 Google’s Nest Thermostat is based on a machine-learning algorithm. For the first weeks, users have to regulate the thermostat in order to provide the reference data set. The thermostat can then learn people’s schedules, at which temperature they are used to and when.

Google says that it takes only a few simple changes at home that we can all make to collectively have an impact.

If you need help getting started, you can ask Google Assistant, “Hey Google, give me an Earth Day tip” for simple ways you can help do your part, like switching your monthly bills to paperless or turning off the water while brushing your teeth or doing dishes. You can also change the temperature on your Nest thermostat by just a few degrees until the leaf symbol pops up, so you know you’re saving energy.

In honour of the upcoming Earth Day, Google is also offering discounts on the Nest Learning Thermostat and Nest Thermostat E starting today through April 29.