Smart home startup Netatmo, which was acquired a couple of months back by Legrand, the biggest manufacturer of switches and sockets in the world, has today announced a new HomeKit-compatible connected doorbell that lets you take advantage of all its features without requiring a subscription (via TechCrunch). 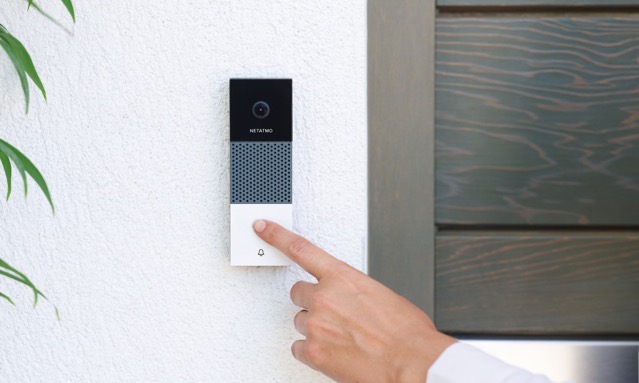 While connected doorbells from Ring, August, and other brands require a subscription to store video footage and access other advanced features, Netatmo’s Smart Video Doorbell simply requires a standard doorbell wire and a Wi-Fi network connection to work.

Video footage is stored on a microSD card on the device and can be configured to automatically upload to your Dropbox account or an FTP server, all without requiring any subscription. The doorbell also acts as an outdoor security camera by alerting you if somebody is in front of your house and is fully compatible with IFTTT and HomeKit.

You receive a “person detected” notification and can talk to the intruder. It also works in the dark using infrared. In other words, it can replace your Netatmo Presence security camera.

When somebody presses the button, you receive a notification on your phone and can view the video feed. You can press a button and talk to the person if you’re not home.

You can view your camera from the Home app on your iPhone or Mac and you can create chained events. For instance, you can turn on your Philips Hue lights if somebody is detected outside your home.

The Netatmo Smart Video Doorbell will be available later this year at an undisclosed price.