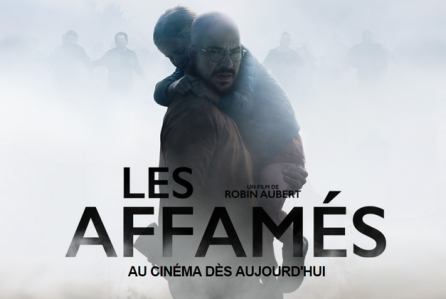 Today, Netflix announced that it has acquired the award-winning French-Canadian film Les Affamés, which was written and directed by Robin Aubert.

The film tells a story of a small remote village in Quebec, where several locals have started turning against their loved ones. The few remaining survivors go into hiding in the woods and searching for others like themselves.

“Les Affamés enraptured audiences in Canada and we’re delighted to bring this unique Québécois voice to other countries around the world. From the U.S. to Japan to France, millions of Netflix members will be able to stream Robin Aubert’s extraordinary thrill ride. This is another exciting example of the investment the company is making in Canadian culture and bringing its stories and artists to the world.”

Les Affamés premiered during the Toronto International Film Festival (TIFF) this past September. During the festival, it won the title of Best Canadian Feature as well as being named to the top 10 best Canadian films of 2017.

The acquisition by Netflix comes as a part of their commitment to invest $500 million into Canadian productions over the next five years.

Following Morgan Stanley's estimate that Apple’s App store net revenue tumbled a record 5% last month, CNBC's Jim Cramer has said that investors should ignore negative calls about the iPhone maker and hold onto their shares. “The next time you hear this Apple mishegoss, you need to recognize that you’re still getting one more buying opportunity in...
Usman Qureshi
52 mins ago