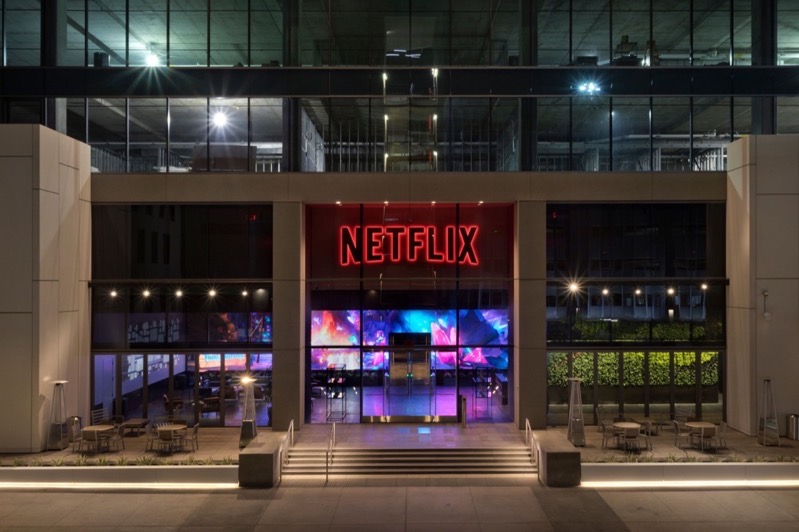 Netflix has announced its new ad-supported tier in Canada will cost $5.99 CAD per month and launch on November 1, 2022, in line with rumours from last month. This service will cost $6.99 USD in the United States when it launches there on November 3.

Called the Netflix “Basic with ads” tier, it will have on average 4 minutes of commercials at 15 or 30 seconds in length, and only have 720p resolution. There will be no offline downloads and some TV shows and movies will be unavailable at launch due to licensing restrictions. But you will have access to Netflix games for iOS and Android.

Chief Operating Officer Greg Peters said in a media conference call that Netflix will have hundreds of advertisers when this new tier launches and inventory has nearly sold out, reports CNBC.

“We want to offer consumers choice and figure out what the best offering is for them,” said Peters, noting customers that switch to the ad-supported plan will have a “neutral to positive” effect on Netflix’s revenue.

The $6.99 USD pricing is strategic as it undercuts Disney+ and Hulu with ads at $7.99 USD and is set to launch in December. HBO Max with ads costs $9.99 USD per month.

“Unlike our other ad-free plans, ads will be shown before or during most TV shows and movies. Some movies and TV shows will not be available due to licensing restrictions, and downloads are not included,” explains Netflix.

You can see the updated chart of Netflix Plans and features below: 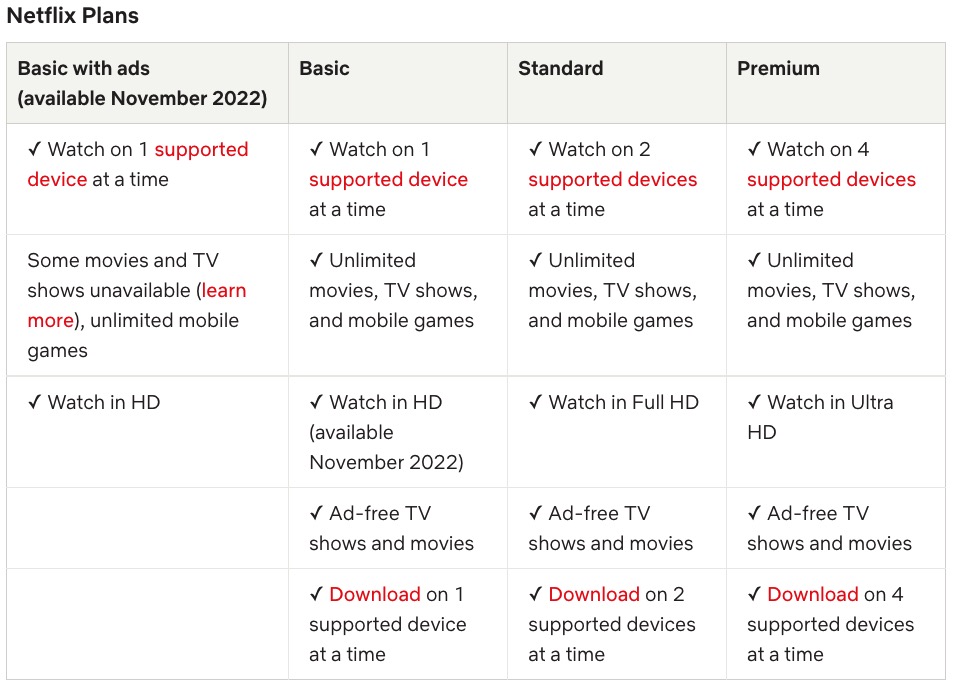 Netflix Basic with ads will launch in Canada and Mexico on November 1, followed by Australia, Brazil, France, Germany, Italy, Japan, Korea, Mexico, the U.K. and the United States on November 3. Netflix will launch this ad-supported tier in Spain on November 10.

To sign up, an email, date of birth and gender is required to get started, says Netflix.

“Basic with Ads will launch just six months after we first announced the option of a lower priced ads plan. None of this would have been possible without our team’s hard work or Microsoft’s extraordinary partnership. The switch from linear is happening at an ever increasing speed, with streaming now surpassing broadcast and cable in the US. We’re confident that with Netflix starting at $5.99 a month, we now have a price and plan for every fan,” said Netflix in a statement.

“While it’s still very early days, we’re pleased with the interest from both consumers and the advertising community — and couldn’t be more excited about what’s ahead. As we learn from and improve the experience, we expect to launch in more countries over time,” added Netflix.

Will you be signing up for Netflix Basic with ads in Canada?