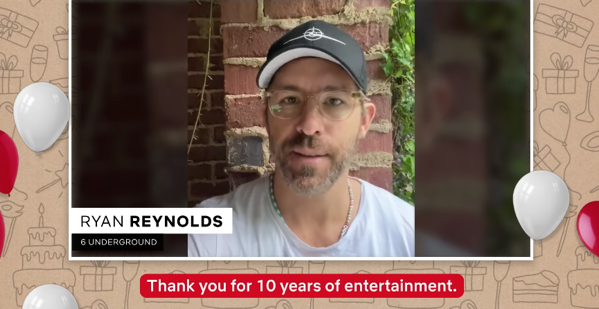 At the time, Netflix was able to stream only on iOS, PS3, Nintendo Wii and on the web, with upcoming support for XBOX 360 and Apple TV.

Today, Netflix Canada celebrated its tenth birthday by releasing a celebrity-filled montage video, which you can check out below:

Various celebrities help wish Netflix Canada a happy tenth birthday in both English and French, noting, “Canadians have contributed immensely to Netflix TV shows and movies seen around the world.”

Canadian actor Ryan Reynolds capped it all off by saying, “Well, almost 10 years. I mean, that first month…oof!” Truer words have never been spoken.

Today the first press reviews of Apple’s HomePod 2 hit the web, along with unboxing videos. The second-generation HomePod sports a similar design as its predecessor, has a 4-inch woofer and five tweeters (down 2 from before), plus gains a built-in temperature and humidity sensor, along with automatic room sensing for adjusting audio to your […]
Gary Ng
10 mins ago

Apple’s second-generation HomePod is set to launch on Friday, February 3, and ahead of the debut, the embargo has lifted on the first press reviews. HomePod 2 has the same price as its predecessor before the latter was axed, but this time supports Spatial Audio and room sensing for automatically-tuned sound, to go with a […]
Gary Ng
30 mins ago