Looks like Netflix has officially launched in Canada. Yesterday we got a heads up on Netflix’s Canadian plans, and now their site is official with pricing.

For $7.99/month, you’ll get access to unlimited TV/Movies to watch. Except as of right now, the selection is very limited. We can only hope that their Canadian library will expand. I did find lots of 2009 movies. Search and you’ll definitely find some gems.

What Netflix did right was offer their brand new Canadian service at a brainless $7.99/month price. That is an amazing deal to get all you can watch media–except right now the library needs some work! It will be interesting to see if cable providers decide to flex on their pricing to compete with Netflix.

You can stream Netflix on your PS3, Wii, and computer (XBOX 360 coming soon). You can also stream on your Mac, iPhone, and iPad. There is no mention of Apple TV support yet.

I just signed up for my one month free trial. You can set your preferences to see what genres will be displayed. The movie selection wasn’t very good. 1st run and second run movies aren’t really there, but some oldies are. You can watch movies such as Superbad, Slumdog Millionaire, and The Notebook (the personal favourite of many Apple fans like yourself).

For $7.99/month, my expectations aren’t that high–yet. Let’s wait for their library to build up. Hey, it’s the first day right?

So far, it plays very well on my iPhone 4. There are some movies in there that are a couple years old, but in terms of TV, entire seasons of Mad Men and others are in there. Great deal! Take a look at my screenshots below from my iPhone 4. I’ll be doing some more watching and testing later. 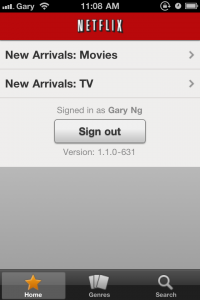 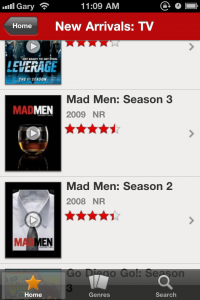 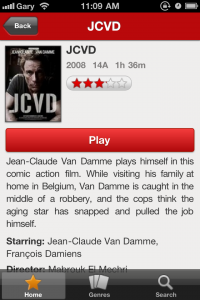 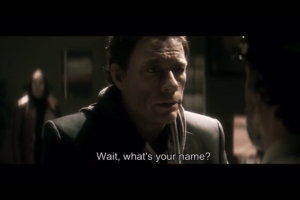 Did you sign up for Netflix Canada? Let me know how it’s working out for you!