Netflix announced today its goal of adding over 100 hours of HDR (high dynamic range) content by the end of August, and over 150 hours by the end of 2016.

To view HDR content, your television will be required to support 2016 Dolby Vision or HDR. Starting today, the Netflix original series Marco Polo is viewable in HDR for customers subscribed to the company’s Ultra HD plan (4 screens at a time). 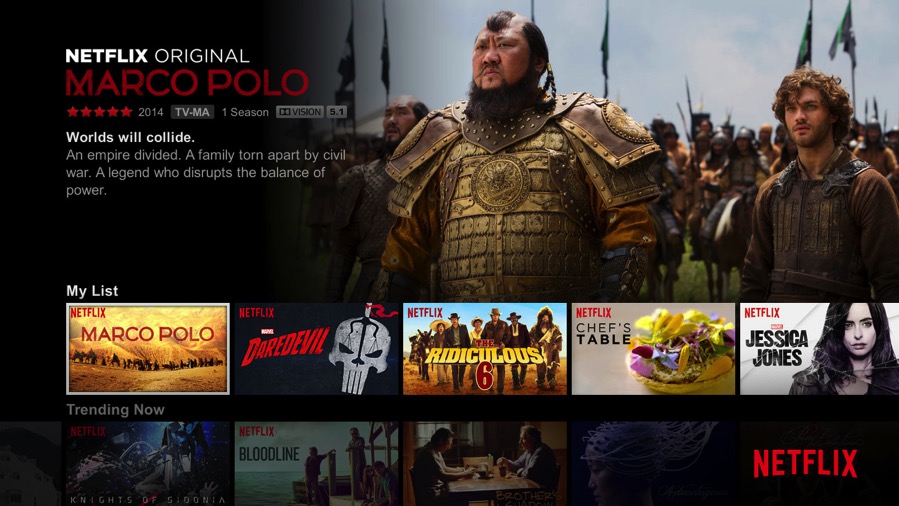 The following is a list of upcoming titles coming in both Dolby Vision and HDR:

Could we see offline TV shows and Movies one day?

Also, support for offline downloads of TV shows and movies could be one step closer to reality for Netflix users. CEO Reed Hastings was asked by Re/code’s Peter Kafka about offline downloads for TV and movies, like what rivals Amazon and YouTube offer to subscribers. Here was Hastings’ response:

Previously, Hastings had answered similar questions with an outright “not gonna happen”, but it appears his stance has softened. The possibility for offline downloads of original Netflix content at least, could debut sometime in the future.

Yesterday, the company’s 2016 Q1 numbers saw the addition of 6.74 million users, for a total of 81.5 million users worldwide. One research firm estimates Canadian Netflix users stand at 4.3 million, as of the end of 2015.